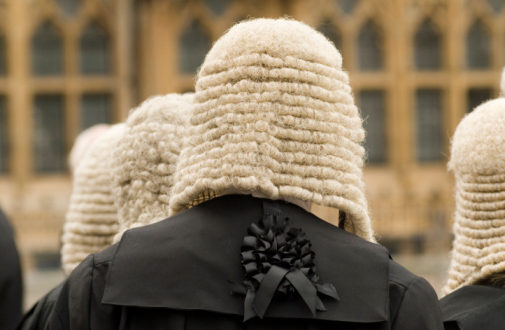 A Justice of the Court of Appeal, Justice Paul Gyaesayor, is dead after complaining of ill-health on Tuesday morning.

Information gathered by theghanareport.com indicated that the experienced Justice was at work on Tuesday, but left the office shortly after complaining of ill-health.

The cause of death is yet to be announced.

Justice Gyaesayor was appointed to the Court of Appeal in 2008.

News of his death comes barely 48 hours after the Supreme Court adjourned all its cases slated for Monday, July 7, 2020.

Patrons of the court including lawyers arrived at the court as early as 8:00am on Monday, in anticipation for the Justices to come out and call the cases.

But patrons were told that all cases for the day had been adjourned.

“Due to some unforeseen circumstances beyond our control, we are unable to sit today. So, we are adjourning all cases to July 22, 2020,” Supreme Court Registrar, Matthew Antiaye announced.