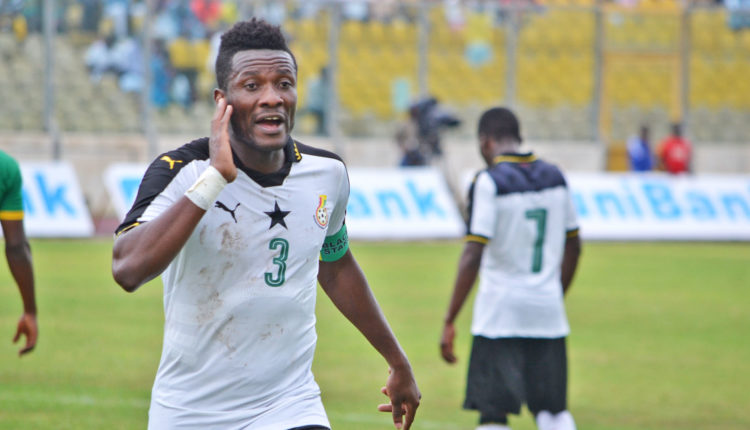 The Divorce and Matrimonial Division of the Accra High Court, presided over by Her Ladyship Mrs Justice Hafisata Amaleboba, has ordered Black Stars Captain Asamoah Gyan to pay his estranged wife Gifty Gyan an amount of GH¢204,392.22 as maintenance fee.

The figure covers a period of 15 months – from July 2018 to September 2019 – as maintenance for the three children among others things.

The court, while ruling on an application for maintenance pending suit, made specific orders with specific figures covering water, electricity, calls and others.

Justice Mrs Amaleboba’s court decreed that maintenance be paid to the applicant in those issues of the marriage pending the final determination of the suit.

The court explained further that, “It is this day adjudged that the applicant (Gifty Gyan) recovers against the petitioner (Asamoah Gyan) the following;  “Bills and other expenditure covering water, electricity, gas-£680, internet- £180, skype – £107.91, saloon and other vehicle maintenance- £200, home maintenance- £150 in arrears commencing from July 2018 to September 2019, totaling £18,450.74.

The Matrimonial Court also ordered that “bills for MoT (Ministry of Transport) Tax and insurance for the year 2019, amounting to 1,700.

The Black Stars General Captain is also to pay the educational expenses of the three children, including those in arrears from July 2018 to September 2019 covering (pockets money, school trips, books etc), amounting to £2,800.

Lawyers of Mrs Gyan were not able to serve the order given by the court since September 27, 2019 on Asamoah Gyan and so returned to court to ask for a substituted service, which was granted.

In a substituted service order granted by the court under the seal of the Deputy Registrar of the court, Evans Abbeyquaye,  the court said “upon reading the affidavit of James Osei Arthur, a Law Clerk in the firm of the solicitors of the respondent/ applicant herein, filed on October 18, 2019, in support of the motion ex-parte for an order of entry of maintenance on the respondent/ applicant by substituted service; and upon hearing the submissions of Stephen Nsiah Opoku Esq, with Bernice Addae Esq, counsel for and on behalf of petitioners herein; it is hereby ordered that leave is granted respondent/applicant by substituted service in the following manner:

The court said the respondent was at liberty to take further steps after 14 days of the service on the petitioner.

Meanwhile, Baffour Gyan, the senior brother of Mr Asamoah Gyan, in a telephone interview, told the DAILY HERITAGE  that the said amount had been given to his brother’s lawyers last month for onward delivery to Madam Gyan.

He was, however, unable to answer as to when exactly the money was sent and whether the money had gotten to Mrs. Gyan’s lawyers.

“Everything is with our lawyer and he will give everything to them. I think last month or so our lawyer was supposed to give it to Gifty’s lawyer, that is the money.”

Asked if the money had since been delivered to Madam Gyan’s lawyers as he claimed, he said “I don’t know about it.”