Ghana has recorded a surge in COVID-19 cases more than three times the number of cases recorded three months ago.

The Director-General of the Ghana Health Service (GHS), Dr Patrick Kuma-Aboagye, attributed the development to “repercussions of Christmas and New Year activities”.

Even though there were heightened political activities in December due to the presidential and parliamentary elections, including mass gathering, Dr Kuma- Aboagye said they” don’t have the evidence to show” that political activities contributed to the sharp increase in cases. 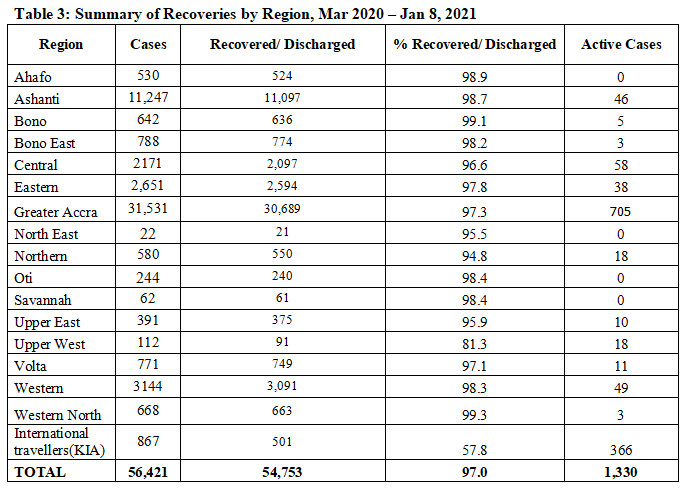 He pointed out that the latest development was 180 average infections daily since the beginning of the new year with 60% of beds occupied by patients in major COVID-19 management hospitals.

He was optimistic that the situation would improve because the numbers had stabilised in the last three days.

Before October 8, the latest active cases is the highest since the country recorded similar figures on August 23, 2020. 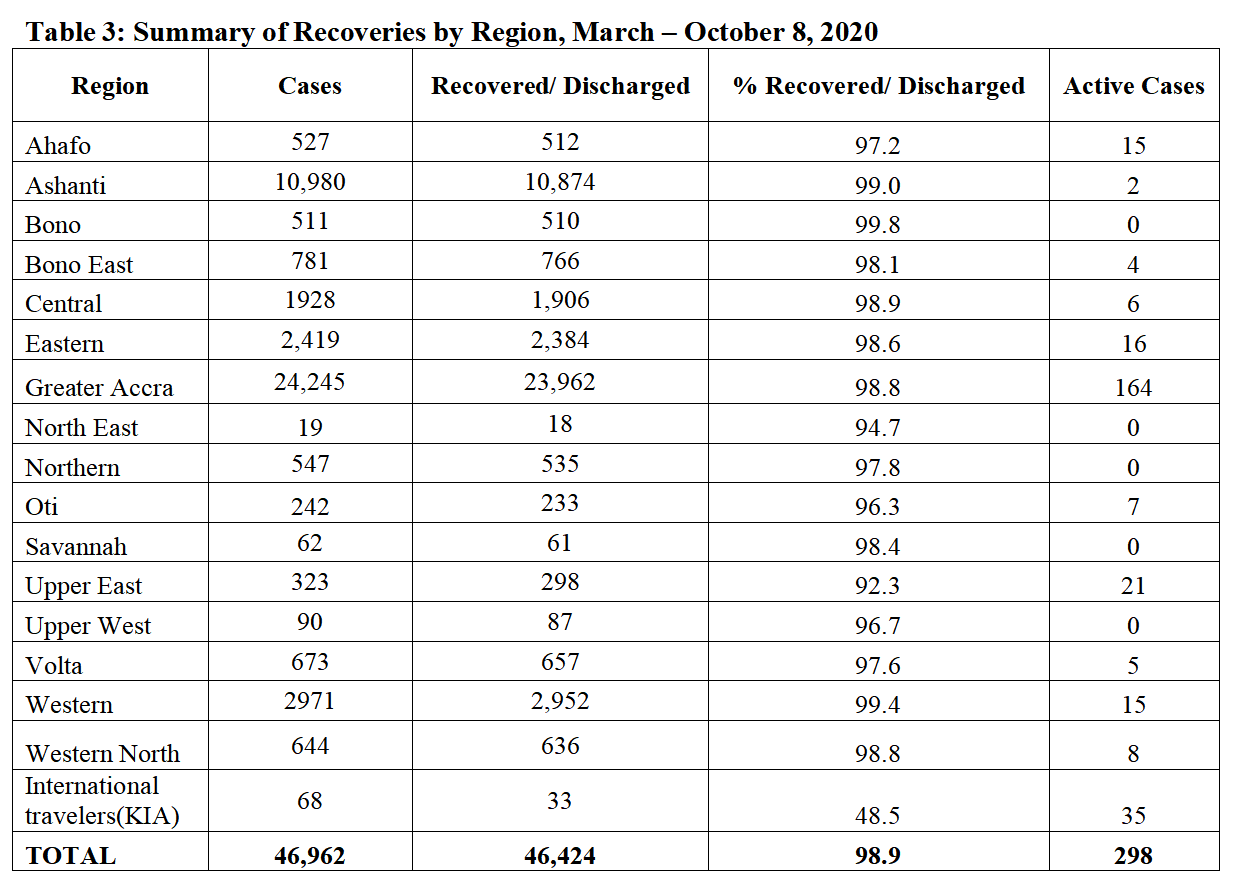 The country recorded a huge jump of 1,171 new cases in November with a slight decline in December but 2021 is showing an upward trend. 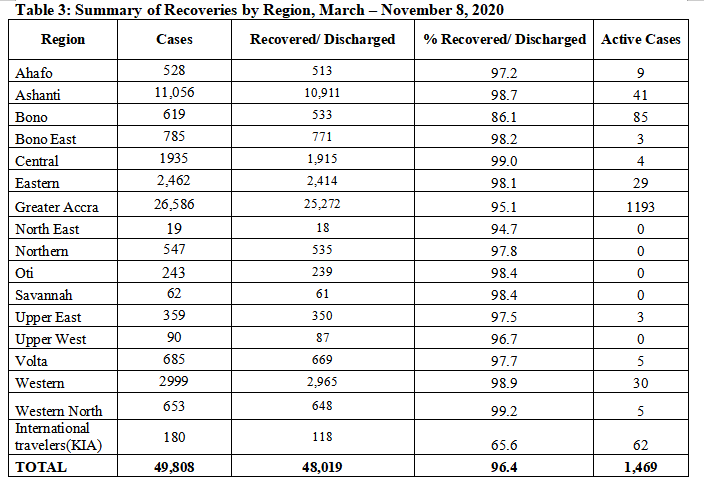 This number reduced to four – Ahafo, North East, Oti and Savannah –  in January, with all other regions recording single- and double-digit figures. 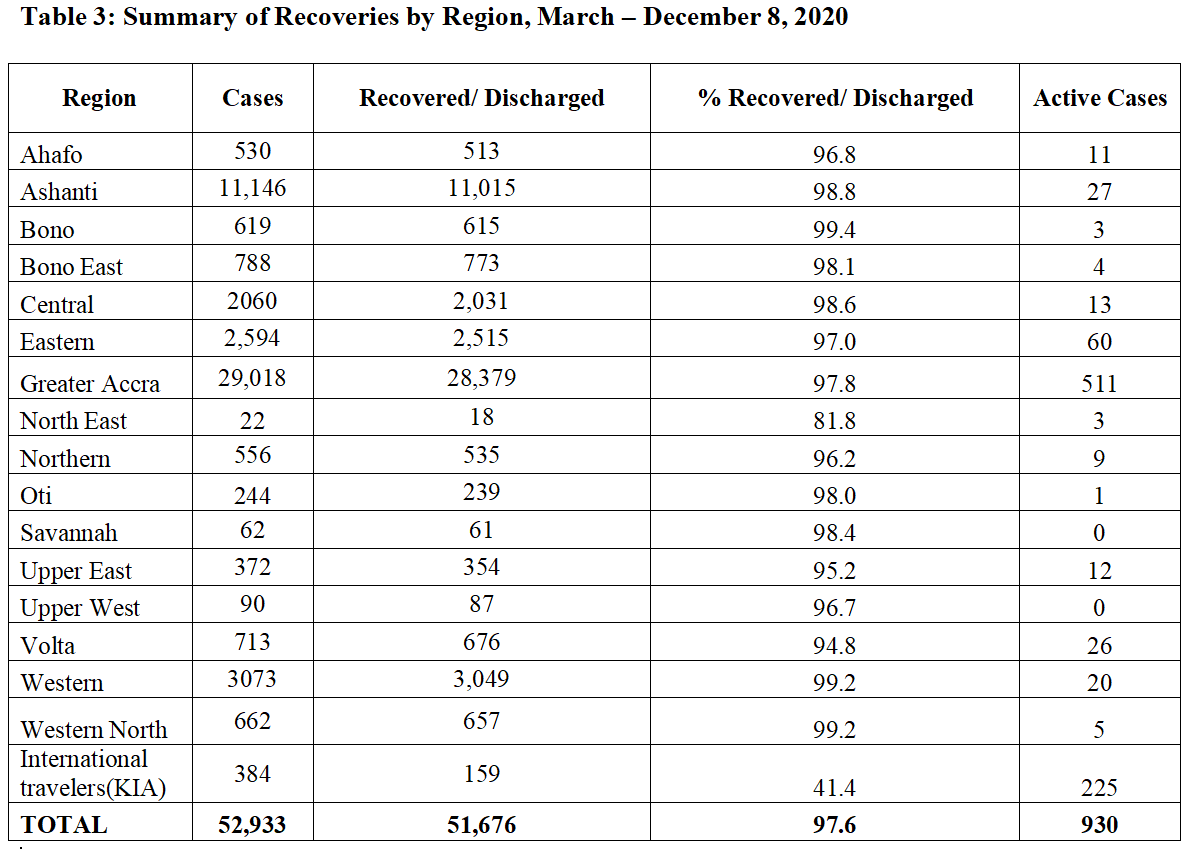 Patients who could not survive but succumb to the contagion have also increased to 338 since the virus struck.

Greater Accra alone has 705 active cases representing more than 53% of the infections.

Out of the total, 336 of the infections were detected at the Kotoka International Airport since flights resumed on September 1.

The increase in the number of cases is mainly due to the lax implementation of COVID-19 protocols.

At the height of the infections, the government rolled out measures including the temporary partial lockdown of the Greater Accra Metropolitan Area, Tema, Kasoa, and the Greater Kumasi Metropolitan Area and contiguous districts, the closure of our schools, the adherence to enhanced hygiene, social distancing and mask-wearing protocols, the ban on public gatherings, and the closure of our schools and borders.

Some restrictions have been eased in schools and they are to resume by January 15, 2020.

Tertiary institutions such as the University of Ghana (UG) and the KNUST has already received students.

A huge number of people do not wear masks at public places, social distancing is not followed to the letter and ban social event venues, including beaches and pubs are still in operation.

President Nana Addo Dankwa Akufo-Addo has been worried emphasising “the adherence to the enhanced hygiene, social distancing and mask-wearing protocols continue to be the tools of our warfare”.

He added: “By observing these protocols strictly, we are also making sure that the imposition of crippling restrictions and lockdowns do not become options for Government”.

The UK, Germany and Italy are still struggling to contain the infection in the midst of vaccinations and lockdowns imposed in several areas from Christmas into the new year.

The emergence of new strains is plaguing other nations and threatening the fight against the pandemic.

“These developments call for the strengthening of the existing protocols to prevent the spread of the disease in Ghana, in light of the new variant of the virus,” Mr Akufo-Addo advised.

Ghana is also making preparation to receive vaccines even though the situation is not as worse as Europe.