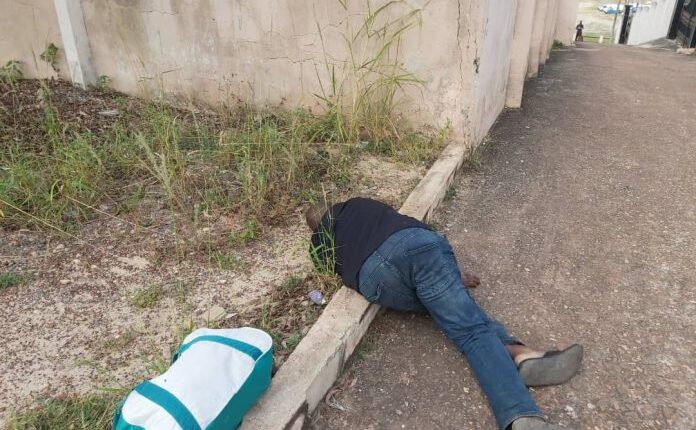 A 55-year-old Covid-19 patient has been found dead after he escaped from the Effia Nkwanta Regional Hospital’s Covid Center in the Western Region.

Deputy Director of Nursing Services for Effia Nkwanta Regional Hospital, Justina Amo Yartey, said the deceased, Paulus Okine, was referred to the Center from the hospital’s Accident and Emergency Department at about 7:00 pm on Wednesday, August 18, 2021.

“The following morning August 19, 2021, the security man at the Covid Center saw Mr. Okine scaling one of the walls. The security man inquired why he was trying to escape and attempted to apprehend and take him back inside.”

She continued that “according to the security man, the deceased gave him a stern warning not to get close or pursue him or he will harm him”.

Mrs. Amo Yartey added that the deceased was later found near the hospital’s Nurses Quarters dead.

She stated that clinicians from the hospital later confirmed Mr. Okine dead.

The case has been reported to the Sekondi District Police Command for investigation while the body has been deposited at the hospital’s morgue.

The Deputy Director of Nursing Services advised the general public not to deny their status when they test positive, stressing that “if the deceased had been patient, he could have been treated”.

She cautioned that protocols on Covid-19 are observed at all times.

“Don’t feel odd if you are the only one wearing a nose mask in the midst of many who are not wearing it. It is important that you observe the protocols no matter what and no matter where you are aware.

“Try as much as possible to avoid large gatherings,” she entreated.