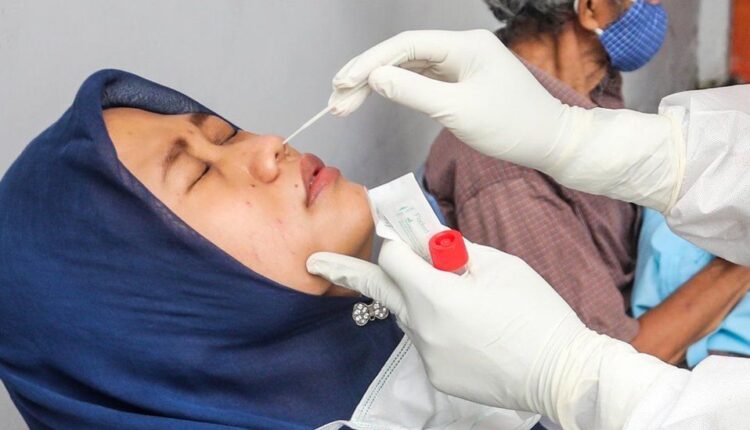 Several employees of a pharmaceutical company have been arrested in Indonesia for allegedly washing and reselling used Covid nasal swab test kits.

Up to 9,000 passengers at an airport in Medan may have been tested with the reused swab sticks, say police.

Covid nasal swab testing has become routine in many countries hit by the global pandemic.

Police said they believed the scam had been happening since last December at Kualanamu airport in Medan, North Sumatra.

Passengers are required to have a negative test if they want to fly, and the airport offers the option of getting the swabs done on site.

When he was swabbed and received a positive test result, other officers swooped in and raided the test site, where they found a used test kit that had been recycled.

The suspects are accused of breaking health and consumer laws by washing nasal swab sticks and repackaging them for sale.

Local media said authorities have compiled reports from 23 witnesses, and are investigating whether the profit from the scam – estimated to be around 1.8bn rupiah (£89,700; $124,800) – was used to fund the construction of a lavish house for one of the suspects.

Kimia Farma, which is headquartered in the capital Jakarta, has since fired the staff involved and promised to tighten internal controls. 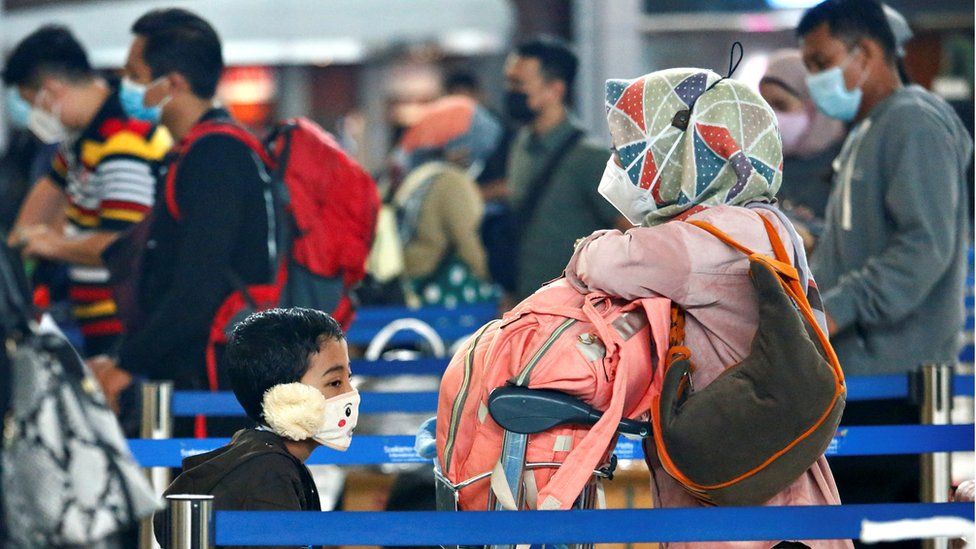 In a collective lawsuit, they hope to get 1bn rupiah for each passenger who has been affected by the scheme.

Earlier this week, Indonesian authorities said they had identified two cases of the new Covid variant first seen in India.

Last month, Jakarta stopped issuing visas for foreigners who had been in India in the previous 14 days.

The Muslim-majority nation has also banned domestic travel at the end of Ramadan this month, a period which traditionally sees people travelling across the country to visit relatives, and introduced heightened restrictions for other dates.

Indonesia has seen one of the worst Covid outbreaks in Asia, and overall has recorded about 1.7m positive cases and more than 46,000 deaths linked to the pandemic.