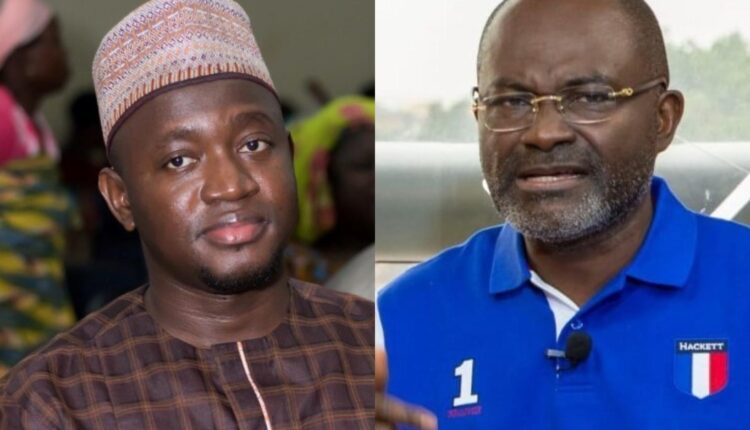 Member of Parliament (MP) for Tamale North, Alhassan Suhuyini has accused his colleague MP for Assin Central Kennedy Agyapong of running away from the Privileges Committee of Parliament where he was recently referred to by Speaker of Parliament over possible contemptuous comments and threats to Multimedia’s Luv FM journalist Erastus Asare Donkor.

The Privileges Committee of Parliament chaired by Joseph Osei Owusu is yet to cross examine the complainant Alhassan Suhuyini and the embattled MP for Assin Central Kennedy Agyapong who is at the centre of what many consider a hate speech against the journalist.

As Parliament prepares to go on recess on 6th August 2021, Alhassan Suhuyini has told the media that all efforts to extend an invitation to Kennedy Agyapong to appear before the committee has proven futile as his whereabout is unknown, a move he suspects may be a deliberate attempt by Mr Agyapong to escape justice.

“I think it amounts to an act of cowardice, we have all known about this case for some time now, and looking at the bravery he shows, one would have thought that he will be eager to make himself available for the committee to serve him and for this matter to be dealt with and decided upon by the committee…so I find it quite disappointing that his bravery is only exhibited around that comfort zone around Madina.”

He further stressed, “I do not find any business that can be more important outside the jurisdiction of Parliament than this issue which is a very sensitive and important matter. I expect the committee to do a thorough job and present a clear report to the house. If you recall, the last time he appeared before such a committee, the recommendation wasn’t fully adopted and he got off the hook very easily. Many will be watching the committee to see how we proceed on this matter”.

Mr Agyapong, on Friday, July 9, was reported to have verbally abused and threatened to attack Erastus Asare Donkor for the journalistic work that the latter undertook during the recent shootings and killing incident at Ejura.

Mr Agyapong made the comments on his Net 2 television station.