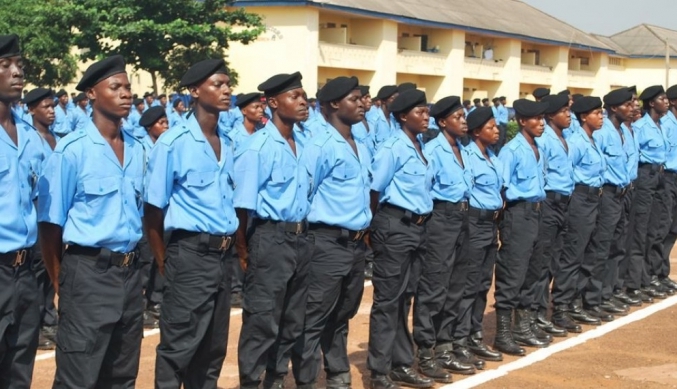 The Eastern Regional Operations Manager of the Youth Employment Agency (YEA), Samuel Kwame Kodua, has been attacked by some personnel of the Community Protection Assistants(CPA) programme.

He was attacked, and his vehicle was vandalised after a passing out ceremony at Koforidua on Monday, December 5, 2022.

The personnel had accused some regional officers of the YEA of intentionally refusing to provide them with transportation allowances.

They vented their anger at the Operations Manager, who was making arrangements to transport them to their destination several hours after the ceremony.

However, police officers at the Eastern Regional Training School, where the CPA personnel were trained, came to his rescue and whisked him away.

Samuel Kwame Kodua, while confirming the incident to Citi News in an interview monitored by The Ghana Report, said he was optimistic the police would bring the perpetrators to book.

A police report revealed that Mr Kodua’s Pontiac Vibe vehicle got damaged during the attack by the personnel of the CPA.

Five thousand(5000) Community Protection Assistants(CPA) passed out on Monday in ceremonies to climax the successful completion of their training programs, held simultaneously across the country.

They represented one-third of the fifteen thousand (15,000) young men and women recruited across the country over the next three months to assist the police in community security.