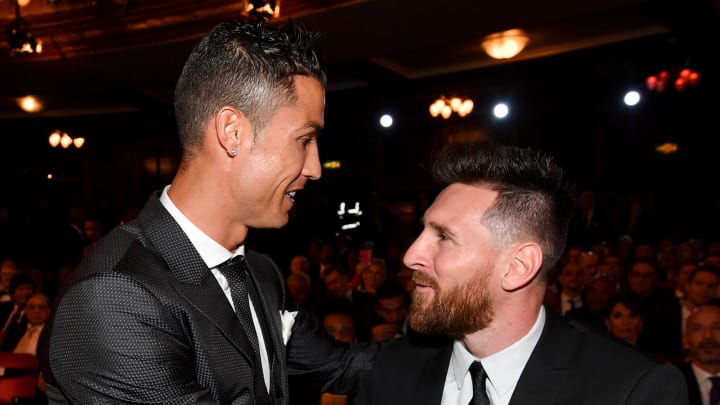 Cristiano Ronaldo says he hopes to ‘checkmate’ Lionel Messi in their battle to be considered the greatest player of all time.

Messi and Ronaldo have built one of the biggest rivalries in sorting history throughout their careers, although neither have ever won the World Cup. Qatar 2022 will likely be the last chance either of them get to put that right, with many believing the ‘GOAT’ debate would be settled should one of them achieve it.

The two players came together for a pre-World Cup Louis Vuitton photoshop that depicted them locked in battle over a chess board. Ronaldo is now targeting something a little more meaningful.

“It will be my fifth World Cup, I’m focused and extremely confident that it will go well. We’re doing checkmate in life, not just in chess,” Ronaldo told Louis Vuitton. “I’d like to be the one to checkmate against Messi.

“Let’s see. It would be nice. Since it happened in a chess game, in football it would be more.”

It comes after Ronaldo lifted the lid on his rivalry with Messi during his controversial interview with TalkTV, describing the Argentine as ‘magic.’

“What I am going to say about Messi? A great guy who does great things for football,” Ronaldo said.

“As a person, we share the stage 16 years, imagine, 16 years. We share. So, I have great relationship with him.

“I’m not friend of him in terms of, what I mean friend is the guy who was with you in your house, speaking on the phone, no, but it’s like a teammate.