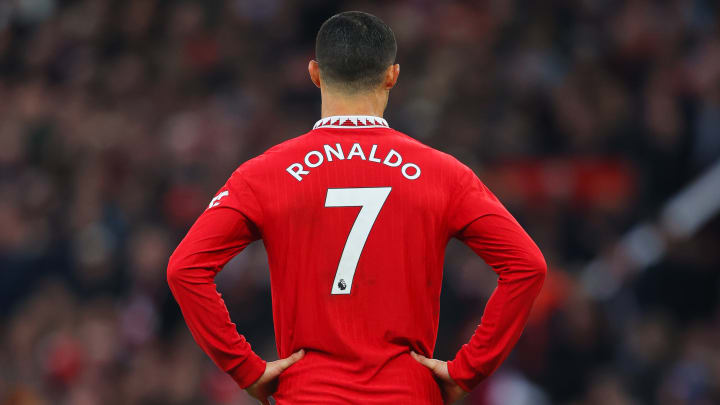 Cristiano Ronaldo’s Manchester United career has to be viewed as two very separately defined chapters. One from 2003 until 2009, the second between 2021 and 2022.

The first should forever be treasured because his development into one of the greatest players of all time fired United to one of the most concentrated periods of success in their history. He scored incredible goals and made unforgettable memories.

The second was a dream reunion that failed to live up to expectation and turned sour. It should be quickly forgotten but it should equally not detract from the first.

Ronaldo is now no longer a United player for the second time. His contract was terminated by ‘mutual agreement’ just days after the interview he gave to Piers Morgan on TalkTV.

It was clear for months that Ronaldo wanted to leave. He asked the club to let him go during the summer but there were no suitors for a 37-year-old still on wages of around £12m per season.

His relationship with Erik ten Hag was clearly strained. Ronaldo got on the wrong side of the manager when he and others watching in the stands left Old Trafford while a pre-season friendly against Rayo Vallecano was still being played.

Worse still, he refused to come on as a substitute in a Premier League game against Tottenham in October and then walked down the tunnel before the match was over. Ronaldo was dropped by Ten Hag for the next game against Chelsea as a ‘consequence’ for his behaviour.

During the interview that will forever be infamous, Ronaldo was heavily critical of the club. Some might see the benefit of his comments, calling out an apparent lack of investment in infrastructure that has seen United fall behind their biggest rivals. Maybe it at least will force something positive.

But he spoke of a lack of respect for Ten Hag, leaving their reputation irreparable and severely undermining the boss’ authority had Ronaldo continued to stay any longer.

Although Ronaldo often carried United on his back last season, notably in the Champions League group stage, hindsight suggests it was arguably the right move at the wrong time.

Had he returned in 2013 when it was previously thought to be possible – it never happened amid the transfer of power from Sir Alex Ferguson and David Gill to David Moyes and Ed Woodward – the timing would have been far better. Ronaldo was only 28 and United needed a talisman.

Ronaldo himself claimed he was ‘close’ to joining Manchester City last year – although that version of events is something City have refuted. The fact he ended up at United potentially kept him out of sky blue, which in itself was possibly worth it alone for fans in the red half of Manchester – how awful would it have been to one of the club’s modern legends lifting trophies with a fierce rival?

Old Trafford was the emotional choice, ruled by heart over head for both parties.

United has been down the road of veteran stop-gap strikers a few times in recent years and each time it has been a temporary fix that hasn’t had any long-term benefit. In hindsight, a 36/37-year-old Ronaldo was never going to be an exception to that trend.

He didn’t fit with where the club is now under Ten Hag, a manager trying to implement a new project and create an identity that has been lacking for a decade. Attempting to shoehorn a club legend past his best, even one as big as Ronaldo, wasn’t compatible with the overdue fresh chapter.

Someone as driven as Ronaldo, having enjoyed the success that he has over 20 years, would never be satisfied with being second choice. His behaviour that ultimately forced him a way out of the club wasn’t appropriate or acceptable but is secured him the exit he was seeking.

He will now have the opportunity to assess his options and freely choose a club that will allow him to continue his career on his terms. United, meanwhile, can continue on their current trajectory with the distraction of the Ronaldo spectre hanging over them.