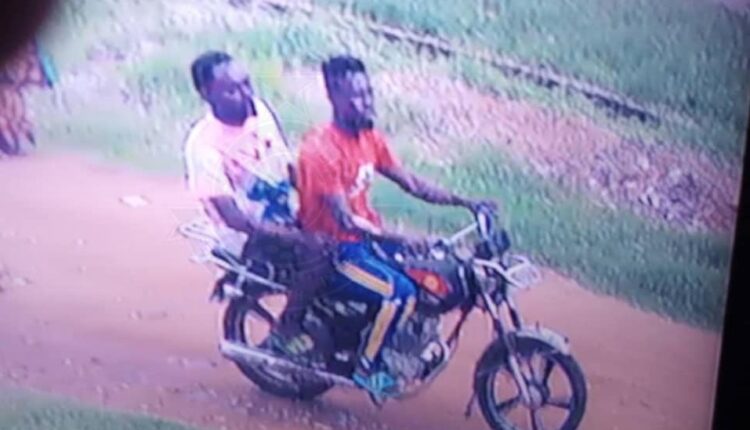 One of the suspects captured on video in a broad daylight robbery at Dansoman has been arrested.

A statement from the police confirming the news said the other suspect is currently being pursued.

In a video shared on social media, a woman identified as Bernice Quaye is seen holding a handbag that was forcibly snatched from her by two guys on a motorbike.

The woman briefly resisted the robbery by attempting to run away but her attackers pursued her until she fell. And as she hung onto the bag, the attacker appeared to hack at her hands with an object and managed to snatch it and ran to his getaway motorbike manned by an accomplice.

The police further assured residents of the area of their commitment to making the community safe and peaceful.

Fast forward to June 9, 2021, a man was shot in the stomach in a daylight robbery by two armed men at Pig Farm.

On June 11, 2021, an unidentified man in an attempted robbery, attacked the driver of a Nissan Pathfinder with registration number GE-8088-11 on the GIMPA- Fiesta Royale road.

Sometime in December 2021, two persons were arrested for the East Legon robbery that occurred on Sunday, December 5.