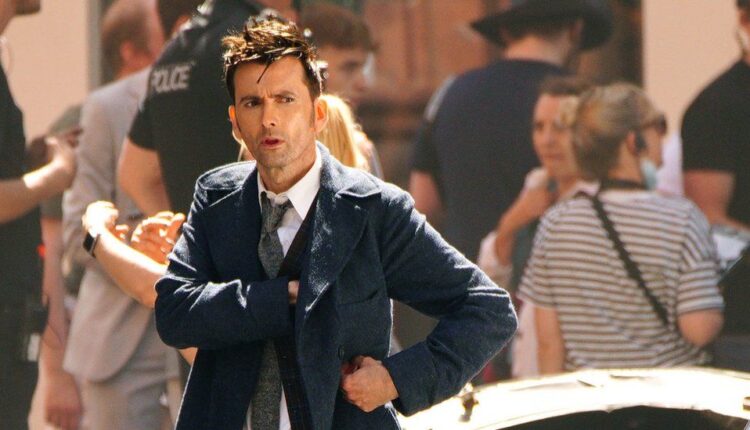 “Ncuti is brilliant,” adds Tennant, who played the Doctor between 2005-2010. “He’s a lovely, lovely man and he’s full of beans and he’s really talented. I mean he’s like scary-talented.

“So I’m thrilled for every Doctor Who fan for what’s to come and I include myself in that number.”

In May the BBC announced that Tennant himself would be reprising the role as part of the show’s 60th anniversary celebrations next year. Details are shrouded in secrecy but we know that he will be reunited with Catherine Tate, who played his companion Donna Noble. 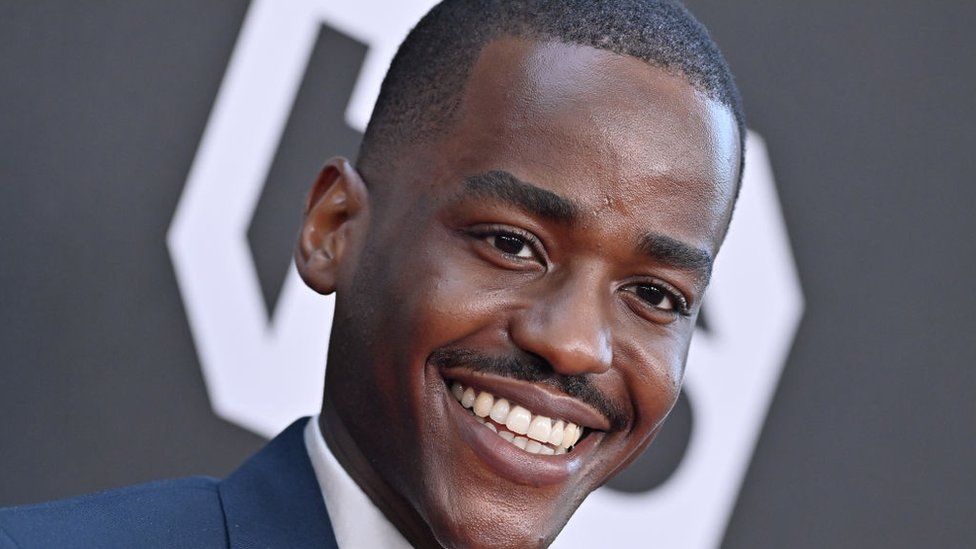 Ncuti Gatwa has said he is “deeply honoured, beyond excited and of course a little bit scared” of his new role

And Tennant now tells the BBC how the reunion came about. “It all slightly happened a little bit by accident,” he reveals. And, strange as it may sound, Covid played a huge role.

He, Tate and Russell T Davies, who was in charge of the hit sci-fi series between 2005 and 2009, got involved in Doctor Who: Lockdown! a worldwide series of online “watch-alongs” of previous episodes designed to pass the time during the pandemic, “when everyone was locked in their house”.

“That’s where this all started”, explains Tennant.

“At a certain time and day everyone would press play on a certain episode and some of the people who had been involved in those episodes were tweeting along.

“I don’t tweet but my wife helped me,” he laughs.

Afterwards the three of them “were just having a text exchange and Catherine said, ‘wouldn’t it be fun to do it again?'”

“We said, ‘yeah that would be a laugh,’ and then it all went quiet.”

But last year Davies announced he was back as Doctor Who’s showrunner. And Tennant and Tate received a surprising offer.

“Suddenly Russell let us know that he was taking over the show again and he would be back fully in charge and would we come and play a little bit for him?” says Tennant.

“So I don’t know if we gave him the idea to take Doctor Who back but certainly we thought if he’s doing it, we can’t let these young people have all the fun.”

Before we see him back on screen in Doctor Who though, Tennant is returning to the stage, for the first time in five years.

Next month he will star in CP Taylor’s play Good, about a decent, respectable German professor, with a Jewish best friend, who becomes a high-ranking Nazi.

“When you look back at the historical events like what happened in Germany in the 1930s, yes there were some monsters but mostly it was a nation full of people that were as complex and different and broadly decent as most of us are,” says Tennant. “So what happened?”

The play was first performed in 1981, and in a revival at the Royal Exchange in Manchester in 2011, the Guardian’s Lyn Gardner highlighted “the fatal lack of dramatic tension in a play in which quite a nice man slips under with no struggle at all”.

But Tennant says Good will ask the audience hard questions because “it sort of plonks you in the middle of this awful context and it makes you wonder how you would cope yourself”.

“One likes to think one is the true, virtuous crusading type of person. One fears one is the one that lets things slide past. [For instance] we are staring down the barrel of a terrible climate emergency, what am I really doing about that?”

And staging the work, the award-winning director Dominic Cooke says he has been struck by how timeless the themes of the play are.

“What this play does is it allows you to identify with this very sort of decent, funny, charming person and watch him make compromises,” he says. “We all want to think that we are going to be the person that will stand up and say no when something terrible happens.

“But the truth is that very few of us actually do.”

Good is on at London’s Harold Pinter Theatre from 5 October to 24 December.

Kwaw Kese: Ghana was not hungry for a win

Influencer Luana Sandien Destroys Balenciaga’s Dress, Which She Would Wear At The…