The thrill of having been sworn-in may be short-lived for the Hohoe Member of Parliament John Peter Amewu as he faces a fresh suit barely a week in office.

In a  petition filed by the defeated National Democratic Congress Hohoe parliamentary candidate, Margaret Kweku and four others, the petitioners want an injunction restraining Mr Amewu, who was one of the 275 MPs sworn-in on January 7, to stop holding himself as the legislator for the constituency.

Also, the petitioners want the Supreme Court to direct the Electoral Commission to conduct a new parliamentary election for the constituents.

They further urged the apex court to quash the declaration of John Peter Amewu as the MP for Hohoe constituency by Ghana’s electoral body.

The reason,  the four other petitioners, who hail from the Santrokofi, Akpafu,  Lolobi and Likpe (SALL) was that their communities had every right to vote in the December 7, 2020 elections.

According to the group, the Constitutional Instrument 95 guiding the conduct of the Electoral Commission, has at all times included the SALL traditional areas, which had over 17,000 registered voters.

“C.I. has, at all material times, been in force and to the extent that it includes the SALL area in the Hohoe constituency, has neither been validly revoked, revised, repealed nor otherwise amended.

“Accordingly, in respect of the parliamentary elections that were held on December 7, the first respondent [Electoral Commission] was required to conduct their functions with due regard for C.I 95. 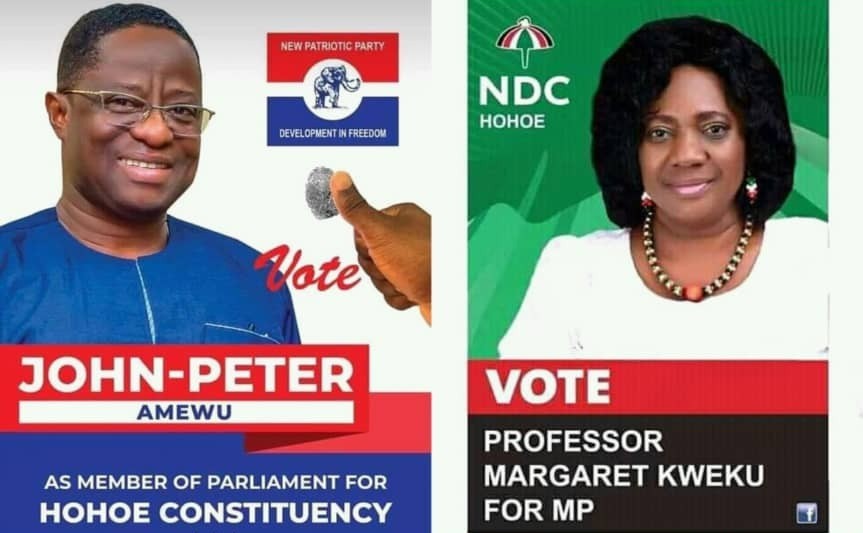 “The denial of voters entitled to vote in the Hohoe constituency was not only to the detriment of the voters but also a clear detriment to the first petitioner [Margaret Kweku] who paid fees to the first respondent,” the suit said.

However, in earlier argument by the Deputy Attorney General,  Godfred Yeboah Dame, before the Supreme Court, he suggested that the people of SALL should have voted in the Buem constituency.

But the group objected strongly to the assertion.

The petitioners argued that the Electoral Commission simply acted in bad faith.

According to them, it was” an orchestrated plan to short-change the NDC candidate, who had massive support from the SALL traditional areas.”

“The said decision of the first respondent [Electoral Commission], which was implemented in the conduct of the parliamentary election on December 7, was designed to be the benefit of the second respondent [John Peter Amewu] who has his stronghold areas in other areas of the constituency.”

The Genesis of Amewu’s trouble

The people of SALL secured an injunction at the Ho High Court preventing Ghana’s Electoral Commission from gazetting Mr Amewu as the winner of the Hohoe parliamentary polls.

But the state through a Deputy Attorney General, Godfred Dame, filed a motion at the apex court to dismiss injunction.

The Deputy Attorney General jumped to the defence of the commission. It argued that the decision was not legally sound. 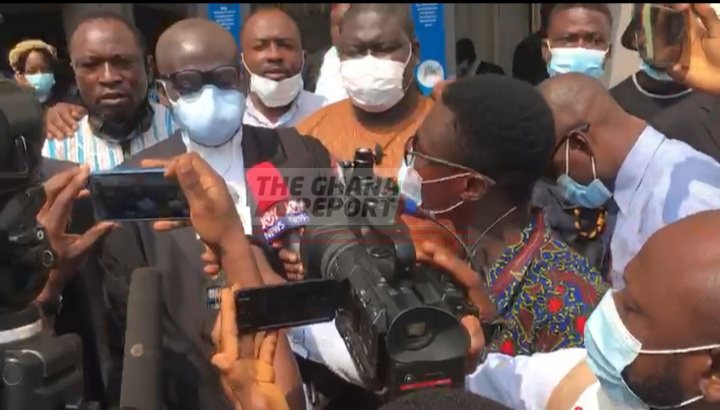 Mr. Dame said the case affected the rights of the residents of Hohoe Constituency to have an MP and the composition of the next parliament.

According to him, residents of SALL did not belong to the Volta Region where the Hohoe constituency was found and therefore could not challenge the election of the MP.

He argued that the action by the commission to deny his clients from voting in the parliamentary election in Hohoe was a breach of the fundamental human rights, administrative justice and the right to equality before the law.

Below is the writ from the petitioners