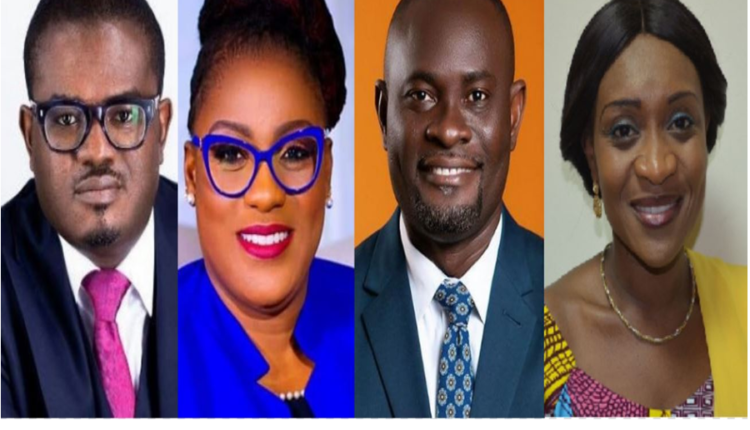 Deputy Ministerial Positions…Who’s In And Who’s Out?

President Akufo-Addo is expected to release the names of deputy ministers to serve in his second term by the close of day on Saturday, April 17, 2021.

Theghanareport.com can confirm that about four ministries will have three deputy ministers as part of the President’s vision to tackle certain peculiar challenges in the respective sectors aggressively.

For instance, the Ministry of Finance, which Ken Ofori-Atta heads, will have three other deputy ministers.

Charles Adu Boahen and Abena Osei Asare both served in the same capacity in the President’s first term in office.

The third is the former CEO of the National Entrepreneurship and Innovation programme and now a Member of Parliament for Ejisu, John Kumah.

Another ministry that will also have three deputy ministers is the Energy Ministry which has for weeks now been on the radar for its somewhat sluggish response to the erratic power supply.

This perhaps explains why the President has decided to bring onboard the Member of Parliament for Secondi constituency, Andrew Kofi Egyapa Mercer, to join hands with MP for Karaga Mohammed Amin Anta to assist the sector Minister Matthew Opoku Prempeh.

Kojo Oppong Nkrumah, Minister of Information who remains one of the favourites of President Akufo-Addo, will have two deputy ministers to assist him in communicating government policies to Ghanaians.

Fatimatu Abubakar, the current Deputy Director of Communications at the Presidency, is tipped to be one of the two deputies.

The Communication Ministry, which is considered to have creditably worked satisfactorily under Ursula Owusu-Ekuful, will also have two deputy ministers.

Current Executive Director of the Danquah Institute Richard Ahiagbah will join forces with Ama Pomaa to assist the sector minister in the NPP’s second term in office.

MP for Gomoa Central Nana Eyiah will assist Ambrose Dery as the deputy Minister for the Interior.

Below is the full list of deputy ministerial positions exclusive to theghanareport.com.