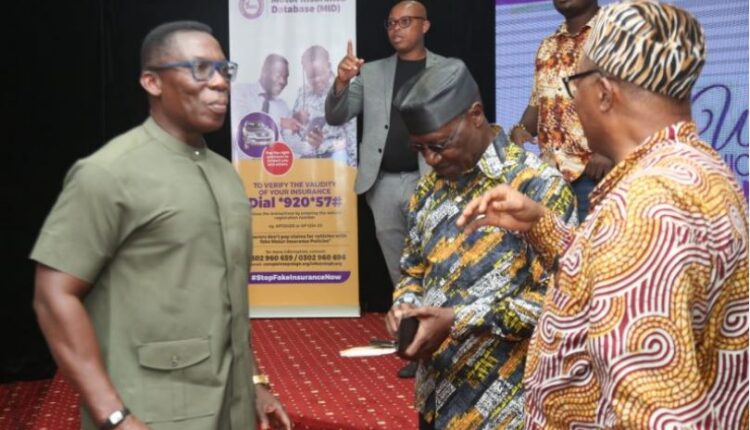 Some Ghanaian celebrities engaged in the performing arts, entertainment, sports and social media content producers have urged the Commissioner of Insurance, Dr. Justice Ofori to develop insurance products that cater for their professions.

The celebrities said they use some parts of their bodies in their craft and sometimes in the course of their work, they could lose that function, which could deny them earning a regular income.

The discussions came up when the National Insurance Commission (NIC) organized a workshop for selected celebrities.

The workshop on the theme: Principles of Insurance, is part of efforts by the NIC to engage the various sectors of the economy and educate them to have a fair understanding and appreciation of insurance as a risk-mitigating mechanism.

Some of the celebrities who shared experiences said a music artiste could lose his or her voice, a footballer could get injured in the legs and it will be interesting for instance to insure their body parts used in their craft Dr Ofori, the Commissioner of Insurance, in a response, said there are policies available on the Ghanaian insurance market that are tailored for these unforeseen mishaps.

Giving examples, Dr Ofori said, “a footballer whose source of income is playing football can be described under the disability policy as incapable of playing football once he can no longer (temporarily or permanently) be able to earn an income as a result of a bad injury.

Similarly, a singer could be described as incapable of singing if he or she loses the voice. All of these can be defined under the disability insurance”.