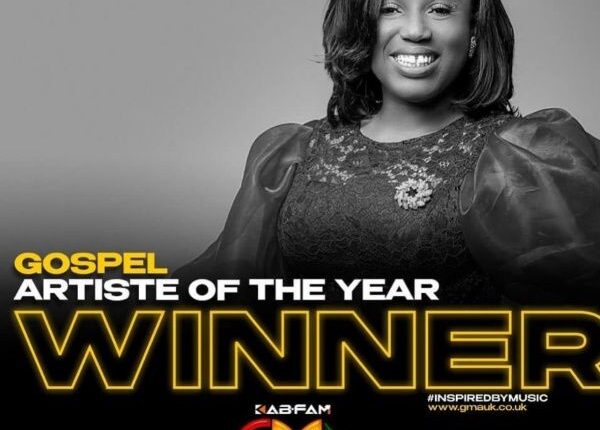 The awards ceremony was held on Saturday, 9 October 2021 at the Royal Regency, London.

The 5th edition of Ghana Music Awards–UK was organized to celebrate and appreciate pioneers of Ghanaian music and to reward individuals who, in diverse ways, have raised the standard of Ghanaian music.

Diana Hamilton after receiving the award expressed her deepest appreciation to the church of Pentecost and the organizers of the award for the great honor.

“It’s such a great privilege to be awarded on this day, am much grateful to the church of Pentecost, Ghanaians, and GMA-UK awards organizers for this awards, am very honor”.

The event also witnessed performances from artists such as Okesse 1, Fameye, DianaHamilton, Hajia4Real, DopeNation, Medikal, Gyakie, Kofi Jamar, and a host of other celebrated musicians.

The artists set the entire venue agog when they mounted the stage and treated fans to unforgettable performances, one after the other.