Publicity stunts are used by politicians, businesses, athletes, and the entertainment industry all over the world for the promotion of self, message, or a product.

It is organized to gain people’s attention for an upcoming event, movie, or show. But artists also use it to court controversy and milk the media blitz that accompanies it.

In 2016, Kentucky Fried Chicken (KFC) created an advert that could be seen from space.

Even though most people could not see the ad, they believed it and it became the talk of the town also because it was put on the map by Google Maps and its corresponding Google Sightseeing Blog.

KFC knew the possibility of suffering from consumer fatigue, so they used that creative stunt to show their fried chicken tops it all, wherever you are in the world.

In 2017, Shatta Wale had a bicker with Wizkid over who is the biggest artiste in Africa.

Shatta Wale’s attack was at a time Wizkid was on a tour, signing gigs with international artists.

The Ghanaian dancehall musician did that to draw attention to himself and his brand. Every Nigerian wanted to know who was insulting their superstar. 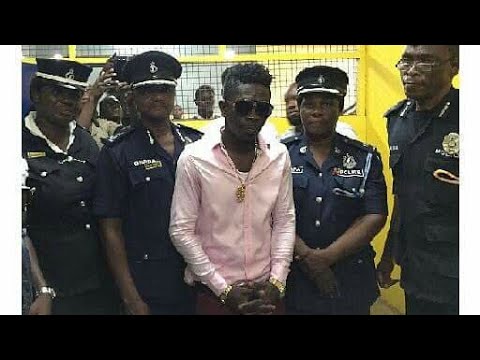 That incident helped Shatta Wale’s ratings and sales in 2017.

In October 2018, Shatta Wale pulled another stunt on Ghanaians when he proposed to his then-girlfriend, Shatta Michy, on stage at a concert. The two kissed passionately to a cheering crowd but it all turned out to be a stunt ostensibly to promote his Reign album.

It appears to have been well executed as Shatta Michy, later in an interview, stated it took her by surprise.

“If it was for showbiz, I would have appreciated being told so I can make the thing [better] but not being taken for a fool in front of a lot of people,” she said.

Entertainment pundits have in time past praised the dancehall act for his ability to draw and maintain attention at his act but this time Shatta Wale seems to have gone overboard.

On October,18,2021 it was reported that the 37-year-old musician has been shot by unknown gunmen.

This was after a prophecy from popular preacher Bishop Stephen Akwasi, a.k.a Jesus Ahuofe, indicated that he (Shatta Wale) would be shot dead on October 18, 2021.

The police launched a search for the musician and issued a statement that he could not be found in any of the hospitals in the capital.

It turned out to be a publicity stunt, presumably for his upcoming GOG album.

The dancehall artist is now under a barrage of criticisms for playing with the emotions of his fans and well-wishers and for pranking the police.

In his defense, the artist-born Charles Nii Armah Mensah says he had been apprehensive since the day the prophecy was made.

So, the police of this country want to tell me none of them saw those threatening statements online to take Action?

This pastor said 18th October Shatta Wale will be shot and you want to tell me you didn’t see from your cybercrime department nor did u hear or come across anything like that online?

Many have called for his arrest for causing fear and panic. Meanwhile, his father has corroborated the story, he insists his son cannot be found.