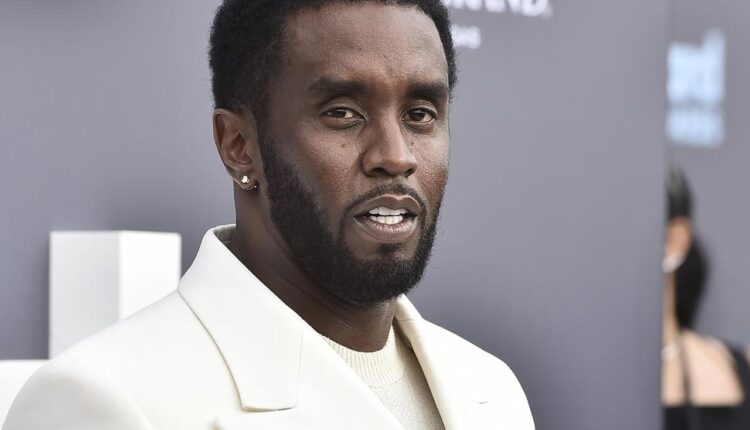 “To get recognized by your people is such a blessing,” Diddy said about the honor during the pre-show. “I’m humbled, I’m thankful, I don’t take it lightly.”

The tribute began with a video featuring fellow New York rapper Jay-Z speaking on how Diddy’s refusal to take no for an answer helped break barriers and redefine culture. Immediately after, Jodeci kicked off the performance with “Come And Talk to Me,” followed by Mary J. Blige with “I’m Goin’ Down.”

Diddy then hit the stage himself and performed “Bad Boyz” alongside former Bad Boy and Belizean politician Shyne. The Lox and Lil Kim joined Diddy for “All About The Benjamins.” Diddy also performed his latest single “Gotta Move On” with Bryson Tiller.

Diddy closed the performance with a video of the late Kim Porter, his former partner, and mother of three of his children, who died in 2019. In the clip, Porter praises Diddy for his hard work and tells him “you’ve arrived.”

Joined by Faith Evans and The Maverick City Choir, he dedicated “I’ll Be Missing You” to Porter.

After the performance, Kenneth “Babyface” Edmonds presented Diddy with the highest honor of the night. The songwriter spoke about Andre Harrell introducing him to Diddy as an intern at Uptown Records.

“Nobody tells Puffy no. He’s an amazing person I’ve grown to know over the years,” Babyface said, mentioning how they recently got the chance to work together in the studio. “Don’t sleep on Puffy, he’s a seriously great producer.”

“How do we crown our kings. How do we appreciate our kings?” Ye began. He spoke about sampling “Benjamins” early on thinking he was “one of the Hit Men.”

“I was signed to Puff without him knowing,” he said, joking that “that statement is not legally binding!”

Ye went on to praise Diddy for breaking down “doors of classism, taste, culture, swag.”

As Diddy hit the stage for his acceptance speech, he jumped several times with joy, giving the cheering audience a gleeful “whaddup doe!”

He first thanked God, then dedicated the day to his mother, Janice Combs, speaking on the sacrifices she made working several jobs while raising him. He also shouted out the late Andre Harrell, Heavy D, Biggie — whom he called “the greatest, period” — and Porter once again.

He also thanked his producers, writers, executives, fans, and his alma mater, Howard University, from which he received an honorary degree in 2014. He also gave Bobby Brown a shoutout for giving him confidence.

He called on allies to not be silent and “put some money in the game.” He then said he was donating one million dollars to Howard University and Jackson State University each.

Diddy is the latest in a long list of icons to receive this award. Previous recipients include Queen Latifah, Whitney Houston, Samuel L. Jackson, and Prince.

Whether you know him as Sean Combs, Puff Daddy, Puffy, P. Diddy, or Love, it’s hard to not notice the three-time Grammy winner’s impact on culture. The New York-born rapper’s three-decades-long climb to the top started in the early ’90s. He worked for Uptown Records early on but was fired because the label didn’t want to release Notorious B.I.G.’s debut album due to its explicit content.

Diddy expanded his empire beyond music and entered other industries including television, fashion, and beverage. In 1998, he founded the streetwear brand Sean John, for which he earned the 2004 CFDA Men’s Designer of the Year Award. He recently regained complete ownership over the brand after previously selling it.

Starting with the second season in the early aughts, he oversaw each season of MTV’s “Making The Band,” which gave birth to Day 26 and Danity Kane. In 2013, Diddy founded Revolt TV, the first Black-owned multi-platform cable music network dedicated to putting a spotlight on the next generation in hip-hop. In 2007, Diddy took the helm at Ciroc and turned the vodka brand into a multimillion-dollar brand and party staple. In 2014, he bought the premium tequila brand Deleon.

This year, Diddy announced the launch of his new R&B label, Love Records, with Motown Records. The first project from the label will be an album from Diddy himself, which is slated to release this summer.