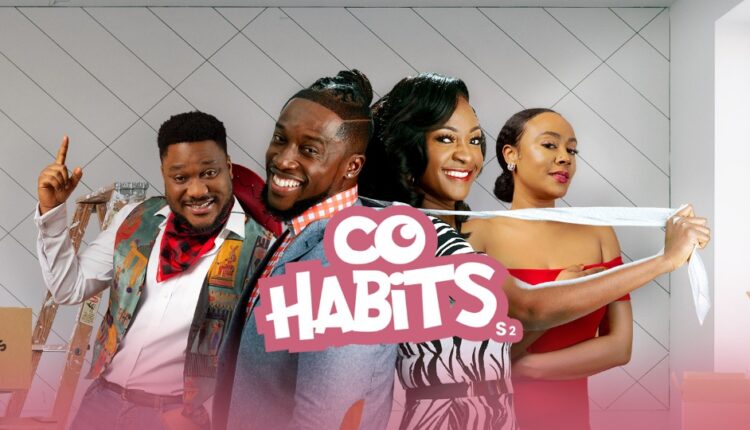 Dirty Laundry and C0-Habits premiere on Akwaaba Magic this October

Akwaaba Magic is amping up the drama with a new show Dirty Laundry and the return of the hilarious series CO-Habits!

CO-Habits and Dirty Laundry, both produced by Advisors will show on DStv Channel 150 and GOtv Channel 101.

Co-Habits is returning on Tuesday, 11th October, owning that time slot every Wednesday and Thursday. This season follows the journey of Lily and Kay to the altar, as they discreetly co-habit to be sure they will have a successful marriage and they will have to navigate some side-splitting reality checks.

On Wednesday, April 19, Dirty Laundry will premiere at 8.30 pm. The story revolves around Tony Appiah Menkah, the host of an infamous radio show, who gains notoriety for airing the scandals of celebrities and politicians. As his actions catch up to him, will he get out?

This story that is full of lessons on greed, sacrifice, crime, and suspense is a must-watch for young people who dream of having a career in media to learn and avoid the pitfalls associated with the job.

Notable names in the Ghanaian movie industry such as John Dumelo, Pascaline Edwards, Foster Romanus among others star in this drama-filled show.

A statement issued by Multichoice Ghana said the shows are in line with its objective of bringing customers rich, high-quality local content which they can also relate to.