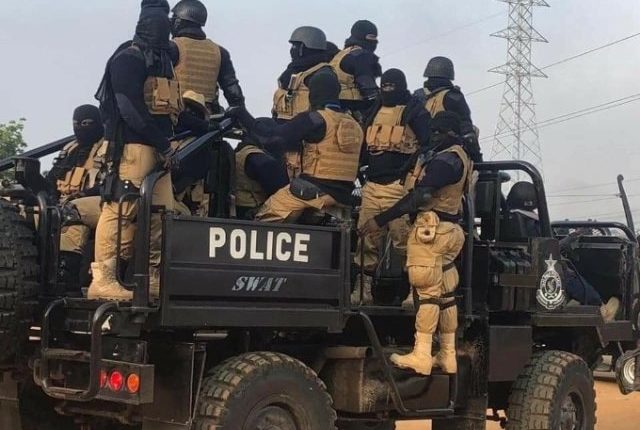 The Commission tasked to investigate the violence that characterised the Ayawaso West Wuogon by-election has said the establishment of a SWAT Unit at the National Security Council Secretariat is unconstitutional.

In its report, a copy of which is exclusively available to Joy News, the Commission led by Justice Emile Short found during its probe that the unit was instituted between 2010 and 2012 despite the fact that Ghana’s Constitution frowns on it.

“The establishment of this Unit constitutes a violation of Article 200(2) of the Constitution, which prohibits the setting up of a parallel security organisation by the State without the involvement of Parliament by the way of specific authority under legislation,” the report said.

Article 200(2) of the 1992 Constitution states “No person or authority shall raise any police service except by or under the authority of an Act of Parliament.”

The National Security SWAT Unit was behind the chaos that marred the January 31, by-election at the Ayawaso West Wuogon Constituency.

They are alleged to have fired gunshot and even slapped Ningo-Prampram MP Samuel George, who in a video, appeared to be questioning them.

The Commission as part of its recommendations has asked for the operative who slapped Mr. George to be prosecuted.

But while that is being considered, the Commission says the existing legislation covering the functions of the National Security Council Secretariat does not provide for such an operational Unit armed with lethal weapons for the conduct of offensive operations.

“Even if the force is ten years old, it means that Ghana was effectively protected for 52 years without it and accordingly, the Commission states that its existence is unnecessary and wrongful.

“The force unit must be disbanded and the police on secondment should return to their mother units as operations of this Unit or be otherwise assigned,” the report said.