Whoever said the wheels of justice grinds slowly must have been riding, maybe, a Bedford truck.

Because the wheels of this justice was swift, much like the judges’ posh cars parked at the reserved area.

In all, 15 minutes was all that was needed to dismiss the NDC’s case for the inclusion of old voter ID cards in the new registration exercise.

Fifteen minutes, like the 15-second earth tremor last night. And like the tremor, you were quite unsure if you felt it or if you heard the judges right.

Before the case, Asiedu Nketia sat with his sharp shoulder blades that left his African print hanging on him.

One of the very few politicians who have looked the same in and out of government.

Physically, he gained nothing in power and has lost nothing in opposition. Asiedu Nketia is a kind of a lord who changeth not.

He sat socially distant from Betty Mould Iddrisu, who it is safe to say gained something.

Joyce Bawa Mogtari walked in flashing the smile fit for the cover of Ovation magazine, a radiant personality quite unsuited to Ghana’s ugly politics.

Everyone wore a facemask. Not Bawa.

She looked quite unwilling to blunt her good looks, and appeared to have reached a truce with the covid-19 safety protocols and so she wore a transparent face shield. A win for beauty, a win for safety.

Ghana’s largest opposition party was led in court by a young lawyer, Edudzi Tamekloe. And it says much about how much he is valued and trusted in the party.

And then seven judges, mouth-cuffed in safety masks, lined up to sit down as the familiar intonation rang out– court rise –which meant to us, who had been sitting for more than two hours, – time to stretch.

After the court courtesies the Chief Justice, Anin Yeboah, took the ball in his court and began rattling what sounded like a judgement.

With his voice muffled in the mask, few words were intelligible except – Diss – miss.

Dismiss – dismiss- dismiss. It was like a new diss song from the bench.

A rattle here, a verse there, a rap line there and then the chorus – dismiss.

It was largely because the judges’ communication that morning was downright disappointing. There was no desire to take any time to read out the summary judgement on the most controversial matter in Ghana today.

And for journalists, there was an informed fear not to rush and simply regurgitate the dismiss refrain until some further and better particulars. A

Then Asiedu Nketia, wearing a genuine face of victory, worsened the confusion with his declaration that the NDC had been vindicated and that essentially, the party was once again in a comfortable lead for a second consecutive election year.

The journalists did not appear convinced about this declaration, and so, there was some hesitation to report this angle. And the journalists were not quite sure of what they heard and so feared the backlash of a poor reportage.

There was an eager public waiting for the news, and the journalists did not want to be at the end of a bashing when they were not a party to the case.

Today, it is either the judges get the bashing or the politicians get the trolling. No journalist was ready to steal an ignominious limelight.

The NDC was here in court because that was where everyone told them to be. Whenever they organised a demonstration, the NPP would say, ‘go to court’. 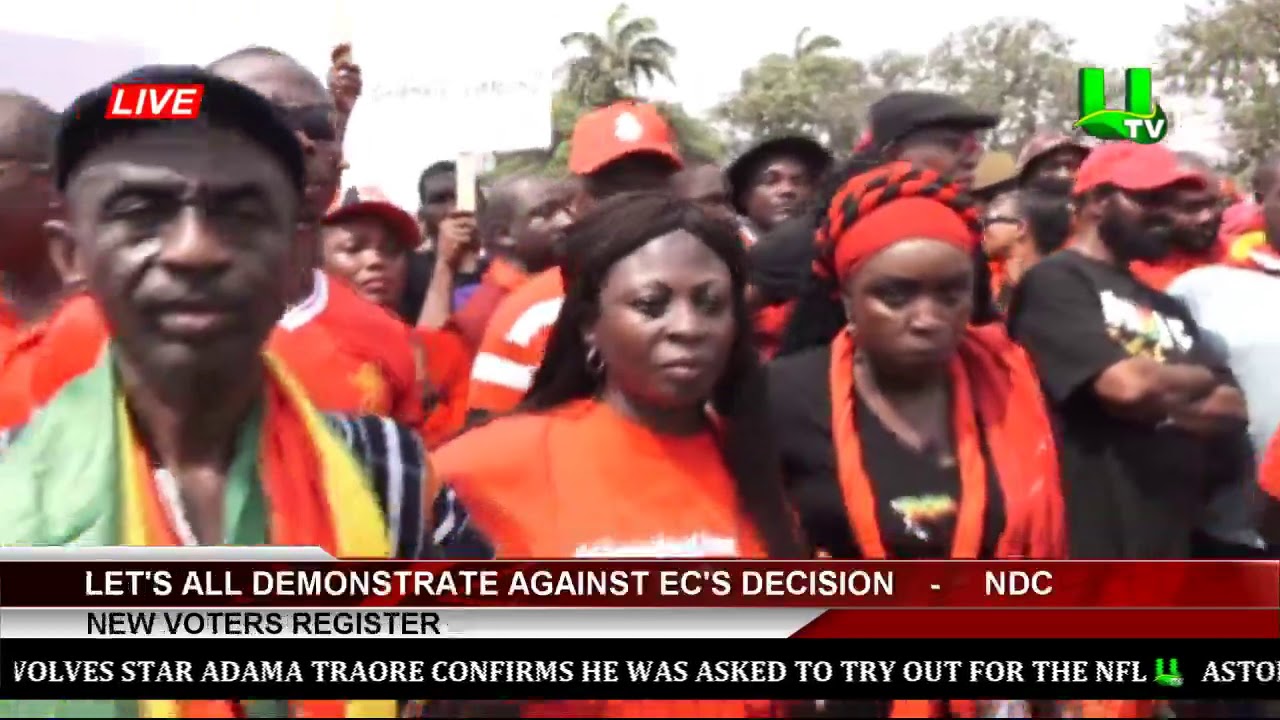 And the media would also cajole them, ‘go to court’.

With some grudging acquiescence, the NDC came here, their least favourite hunting ground for political scores – except the election petition victory in 2013.

Once here the NPP had fancied, they could breathe a sigh of relief because winning in court is the party’s pastime and generally the Supreme Court is averse to micromanaging the EC.

Even the Chief Justice Anin while reading his judgment suggested that ‘even if there are more efficient ways’ for the EC to go about the registration, the judges were not economists to help the EC save a penny.

The NDC lost, and if the General Secretary, Johnson Asiedu Nketia, drove out of the Supreme Court using the road to the left, he would see that close to the court is the National Lotteries Authority.

The outcome of a judgment could be a lottery.

If the bright NDC lawyer Edudzi Tamekloe had won this case, he would have been Alexander the Great.

Right now, he is probably much like one of the tribal fighters in the 31st January 1874 Sagrenti war.

Kwasi Adu writes: The Truth, According To Flt. Lt. Rawlings

Open letter to Akufo-Addo requesting shut down of schools