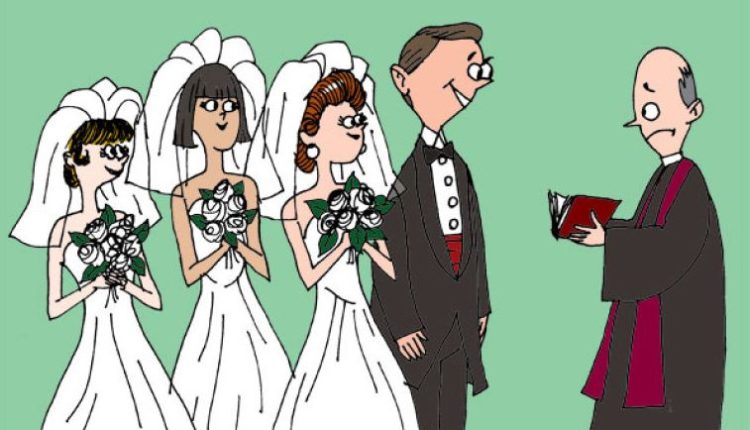 The Bible talks about polygamy but that doesn’t mean God endorsed it, said Peter Gentry, a professor of Old Testament interpretation who stressed the importance of understanding historical narratives in Scripture.

In a video posted on The Southern Baptist Theological Seminary’s YouTube channel on Monday, Gentry said readers must distinguish between what God commands versus how He treated His people and how His people, who were not faithful, treated Him.

Thus, in Genesis 2:24 when Moses writes of a man leaving his mother and father and clinging to his wife, and the two shall become one flesh, that is God’s original standard, he said. Much of the Old Testament, however, is the documented history of God’s covenantal relationship with his people.

“A covenant is like a marriage, where two parties make a commitment to be devoted to each other, to be loyal, to be faithful,” he said, noting the Old Testament contains a series of these covenants.

Such covenants are where God makes new starts with people like Noah, with Abraham and his family, and with Israel. But history shows that the human partners in the covenants are the unfaithful, disloyal, and rebellious ones, a history where a constant violation of the original standard occurred, he said.

An example of this is how Abraham did not trust God or wait for His promise of a son, and then has a relationship with Hagar, yielding Ishmael. Another is Jacob’s relationship with two wives, which was not a wonderful arrangement as the Bible shows how it brought about all kinds of trouble, he said. The book of Judges also recounts how the judges had multiple wives because they were aspiring to be king.

“Most people in the ancient near East had only one wife. Only kings could afford to have many wives,” Gentry added.

“When you read the Bible, the Bible is not promoting polygamy. It’s showing us that only royal figures had many wives. It’s also showing us that this is not ideal, that this caused all kinds of difficulty and hardship and trouble and the fighting among the wives. And it’s not a satisfactory relationship.”

Another example of how God did not endorse the practice of many wives is when King David was confronted by the prophet Nathan in 2 Samuel 12. Nathan told the king a parable about a man who had many sheep and a poor man who had only one sheep. The man with many sheep stole and slaughtered the sheep of the poor man for himself when he had to show hospitality to a guest.

The prophet’s message of rebuke to David was, essentially, “You have many wives and still you’re not satisfied, and you have to go an steal the one woman that this one person has,” Gentry said, underscoring the recurring theme that polygamy yields turmoil.

Further still, he continued, “Solomon was a tragic figure because he did not practice what he preached.”

Although Solomon produced volumes of wisdom in his writings, it was not displayed in how he lived, he said.

“He disregarded his own wise principles, he multiplied wives, which is expressly forbidden for kings in Deuteronomy 17,” he said.

The biblical history shows that these men might have had faith in God, but that does not mean they were men of morality or that all their actions were moral, he said.

“There is a very clear difference between what God commands and instructs us to do in marriage and how His people actually behaved in the history that is recorded for us. Just because these things happened in the Old Testament, we have to listen to what the narrator is saying. The narrator is not saying this is good thing. He’s showing that this is a bad thing … because it is abandoning the Creation standard.”

Islamic Conception of Jews and Christians (I)