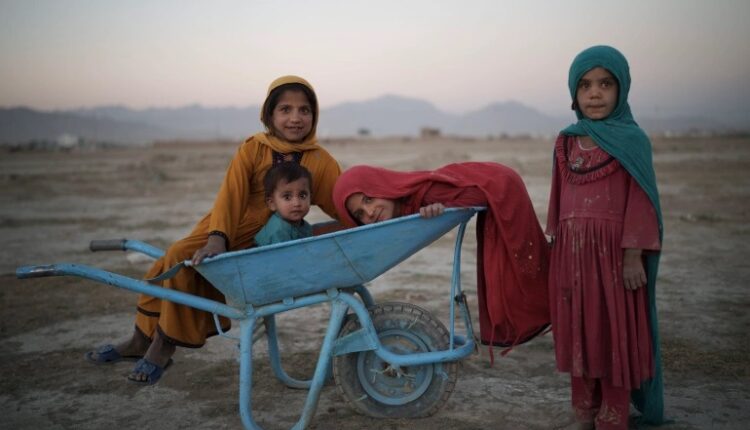 Donors pledge $1bn in aid for Afghanistan amid looming crisis

Donors have pledged more than a billion dollars to help Afghanistan, where poverty and hunger have spiralled since the Taliban took power, and foreign aid has dried up, raising the spectre of a mass exodus.

UN Secretary-General Antonio Guterres, speaking during a donor conference in Geneva, said it was impossible to say how much of the money had been promised in response to an emergency UN appeal for $606 million to meet the most pressing needs of the country.

After decades of war, suffering and insecurity, Afghans are facing “perhaps their most perilous hour”, Guterres said in his opening remarks to the conference, adding that “the people of Afghanistan need a lifeline.

“The financial system at the moment is extremely limited, which means that a number of basic economic functions cannot be delivered,” Guterres said.

Al Jazeera’s Diplomatic Editor James Bays, reporting from Geneva, said that while the UN chief was “very pleased” with the response of the international community, he said the prospect of an economic collapse was a “serious possibility”.

Millions ‘on brink’ of starvation

He said food could run out by the end of this month, and the World Food Programme said 14 million people were on the brink of starvation.

The Taliban previously ruled Afghanistan between 1996-2001, barring women from work and teenage girls from school, and were toppled in an invasion led by the United States, which accused them of sheltering al-Qaeda members behind the September 11 attacks.

The Taliban swept back to power last month in a lightning advance as the last US-led NATO troops pulled out and the forces of the Western-backed government melted away.

With billions of dollars of aid flows abruptly ending due to Western antipathy and distrust towards the Taliban, donors had a “moral obligation” to keep helping Afghans after a 20-year engagement, several speakers in Geneva said.

Guterres said it was “impossible” to provide humanitarian assistance inside Afghanistan without engaging with the Taliban.

It was “very important to engage with the Taliban at the present moment”, Guterres told journalists on the sidelines of the conference.

Speaking to Al Jazeera in Geneva, UN humanitarian coordinator Martin Griffiths said the UN wanted to make sure the money went directly to those humanitarians on the ground who are delivering services to the Afghan people, calling the situation “very dire”.

Beijing last week promised $31 million worth of food and health supplies, and on Friday said it would send a first batch of 3 million coronavirus vaccines.

Pakistan sent supplies such as cooking oil and medicine to authorities in Kabul, and called for the unfreezing of Afghanistan’s assets.

“Past mistakes must not be repeated. The Afghan people must not be abandoned,” said Pakistan Foreign Minister Shah Mehmood Qureshi, whose country would most likely bear the brunt of any exodus of refugees.

“Sustained engagement with Afghanistan in meeting its humanitarian needs is essential.”

Both China and Russia said the main burden of helping Afghanistan out of crisis should lie with Western countries.

“The US and its allies have a greater obligation to extend economic, humanitarian and livelihood assistance,” said Chen Xu, China’s ambassador to the United Nations in Geneva.

The US ambassador to the United Nations, Linda Thomas-Greenfield, told the conference Washington was providing nearly $64 million in new humanitarian assistance for Afghanistan.

“Let us commit today to meeting this urgent appeal for financial support, commit to standing by humanitarian workers as they do their all-important work, and to stepping up humanitarian action in Afghanistan so we can save the lives of Afghans in need,” she said.

Even before the Taliban’s seizure of Kabul last month, about half the population – or 18 million people – were dependent on aid. That figure looks set to increase due to drought and shortages of cash and food, UN officials and aid groups have warned.

About a third of the $606m being sought would be used by the UN World Food Programme, which found that 93 percent of the 1,600 Afghans it surveyed in August and September were not consuming sufficient food, mostly because they could not get access to cash to pay for it.

“It’s now a race against time and the snow to deliver life-saving assistance to the Afghan people who need it most,” said WFP Deputy Regional Director Anthea Webb.

“We are quite literally begging and borrowing to avoid food stocks running out.”

The World Health Organization, another UN agency that is part of the appeal, is seeking to shore up hundreds of health facilities at risk of closure after donors backed out.

Al Jazeera’s Charles Stratford, reporting from Kabul, said the situation at health clinics in the country was “completely shocking”.

“We visited a few days ago a rural clinic just outside of Kabul that had a number of women who were expecting to given birth any day. They didn’t even have rubber gloves. There were no antibiotics, no antiseptics,” he said.

“There were people coming in with colds and sore throats and the nurses and doctors could not even give them simple painkillers.”