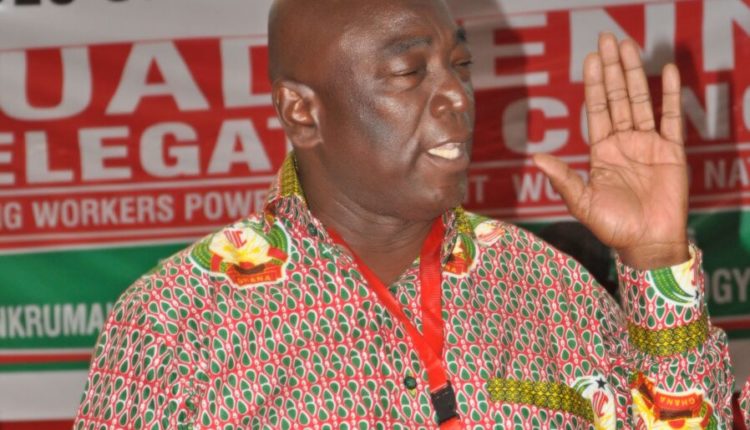 Joshua Ansah, the National Deputy General Secretary of Trades Union Congress (TUC), has advised associations of the informal sector not to belittle themselves, but see themselves as crucial players in the country’s economic sector and its growth.

Mr Ansah said the role of the informal sector to the country’s economic development was significant, adding that the sector constituted eighty-five per cent (85%) of the country’s labour force.

He made the remarks at an event to inaugurate 15 informal sector workers unions and associations to the Union of Informal Workers’ Association (UNIWA) of TUC in Accra.

Mr Ansah said we could not develop trade in the country without the dedicated services provided by the informal sector in the country.

He entreated members of the informal sector associations to eschew divisiveness and ensure unity of purpose in all their dealings, adding “they can only achieve their goals as a union when they are united”.

He advised them to obey the rules and regulations of the TUC and pay their dues and other commitments to the Congress regularly.

“This is a good step towards your security as labour unions, since the TUC is the parent body of workers that seeks the welfare of its members,” he said.

Madam Deborah Freeman, General Secretary of UNIWA, expressed her delight of the unions joining the TUC through UNIWA.

She advised union members of UNIWA to rely on the Association as a formidable partner who was always there for them.

She said the unions joining the TUC would create a good platform for them to know the new trends and regulations in the labour front of the country.