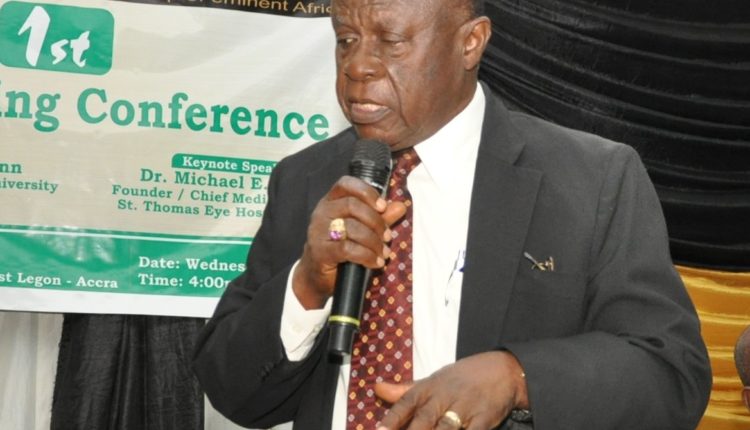 The West Africa Nobles Forum is urging the Electoral Commission to forget about the GH₵400 million it intends to spend on a new biometric register.

The Forum said the plan will be a waste of state resources given that the old biometric system has been used to conduct two important elections—the District Level Elections and the Referendum on new regions— without a lot of hitches.

The President-General of the forum, Dr Paul Fynn told theghanareport.com that given the country’s limited resources and the time frame available to the Electoral Commission before this year’s election, it would be ill-advised to start a new registration process.

“For almost two years now, the National Identification Authority has been registering people but it is yet to capture everybody and issue the cards. Even some people who registered in Accra are yet to receive their cards. And here we are talking about a whole register for elections. Let’s be careful,” he said.

The Electoral Commission (EC) of Ghana has justified the acquisition of a new Biometric Voter Management System and the compilation of fresh voters register for the upcoming 2020 general and parliamentary polls.

The EC explained that the current voter roll is bloated with no means of cleaning it up.

Deputy Chairman in charge of Operations at the EC, Mr Samuel Tettey, who revealed this at a press conference in Accra on December 31, 2019, also added that the current biometric system is outdated and the manufacturers do not have service parts.

The current system has been in place since 2012 and was used for the recent district-level elections but the EC maintains that out of a total 5,431,902 verified, 34,843 were manually verified. It was also used in the

The election management body believes the figure represents a significant number that can sway votes in favour of a particular political party in a general election hence the procurement of a new system capable of facial recognition to eliminate the challenges.

However, the WANF President-General insists that the EC was not convincing its case for a new register.

Dr Fynn said it should be possible for the EC to transfer data from the current biometric system rather than begin a new registration process.

“We don’t have the time to register and display a new register. The Electoral Commission needs to find alternative means of fixing the problems with the biometric register. A new register should be the last thing on their list,” he said.

He said GH₵400 million could make a lot of difference in supporting much-needed infrastructural needs in senior high schools and hospitals that lack beds.

“We are not saying the Electoral Commission should not be funded. Our case is that there is no time neither should we pump that amount alone in acquiring a new biometric system,” he said.