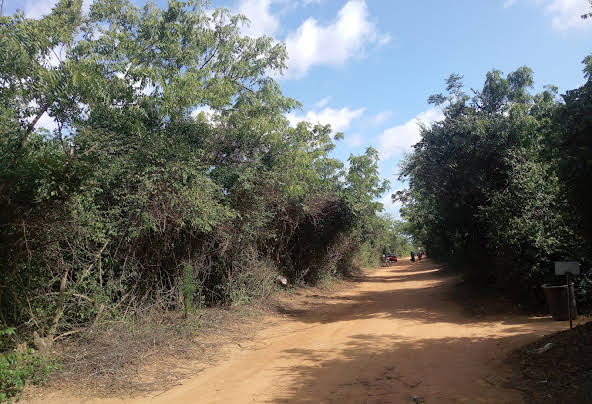 Civil Society Organisations (CSOs) with a focus on the environment and Occupy Ghana, a pressure group, have called on the government to rescind its decision to degazette the Achimota Forest.

They said the Executive Instrument degazetting the Forest would open it up to all types of development, which would adversely affect the integrity of the area as a Forest Reserve.

“We are shocked that the President is satisfied that the land specified in the schedule is no longer required as a Forest Reserve, especially now when the government is inviting companies to invest heavily in Forest Reserve restoration for the Green Ghana Day 2022,” a statement issued by 12 CSOs, said.

“We do not understand how degazetting part of Achimota Forest Reserve will ensure development that is consistent with the area of the Forest Reserve and instead believe the opposite is true…,” the statement said.

It said Accra could not afford to lose any portion of its only Forest Reserve and that urban forests provided critical ecosystem services, including removing extremely high pollution, storing carbon, producing oxygen, and helping mitigate perennial floods.

The statement said the area that the EI 144 referred to was a critical section of the Forest Reserve due to its position alongside the motorway, providing a protective barrier for the wildlife in the Forest Reserve and performing key ecosystem service functions to help control pollution from vehicles on the motorway and N1 George Bush Highway.

“Maintaining natural areas in urban centres is also critical for people’s welfare, exercise, relaxation, and mental health. They also provide corridors for wildlife moving through the landscape,” it said.

Occupy Ghana, also in a statement, asked the government to present a development plan that considered and included the original forestry purpose, and other modern uses to, which the land may be put.

The group said the history of the government’s holding of compulsorily acquired lands had been poor and alleged that some of those lands under the guise of being returned to the original owners had ended up in the hands of Government and party officials.

“These factors combine to make Ghanaians extremely suspicious of any land transaction involving Government, and for good cause and reason,” it said.

Mr Samuel Abu Jinapor, the Minister for Lands and Natural Resources, in a media engagement on Tuesday, dismissed reports suggesting that the Government had degazetted an Executive Instrument (E.I.) to approve the redesignation, sale or development of the Forest.

He said the passage of E.I. 154 (Declaration of Lands Remaining as Forest Reserve) by the government rather sought to protect the ecological integrity of the land.

The Minister said contrary to the reports, the Instrument rather barred any physical development on any adjoining land that was likely to adversely affect the ecological integrity of the forest.

The minister said the government had always intended to upgrade the Achimota Forest into a forest reserve, which was “fit for purpose and befitting of Accra as the capital.”

“If you look at the request I made to the President for an Executive Instrument, I did indicate in the final paragraph in order to motivate the discretion of the President to give approval for us to proceed as we’ve done, I did indicate and I quote: ‘The Ministry intends to develop the forest into an ecotourism park along the likes of Central Park in New York or High Park in London,’”
he said.