The Minister of State in charge of Tertiary Education, Prof. Kwesi Yankah, has warned management of the various public universities against increasing fees for the 2020/2021 academic year.

Speaking on the sidelines of the “Transforming Teacher Education and Learning Program” by the National Council for Education, Prof. Yankah described the recurrent increase in fees as worrying.

“I was rather surprised and abhorred about the arbitrary increases which appear to be recurrent almost every year,” he said.

Prof. Yankah added that any increase in fees without parliamentary approval would be unlawful.

He said public universities had “been clearly told about the need to rout any increases they envisage to Parliament because of the Fees and Charges Act which requires them to do so.” 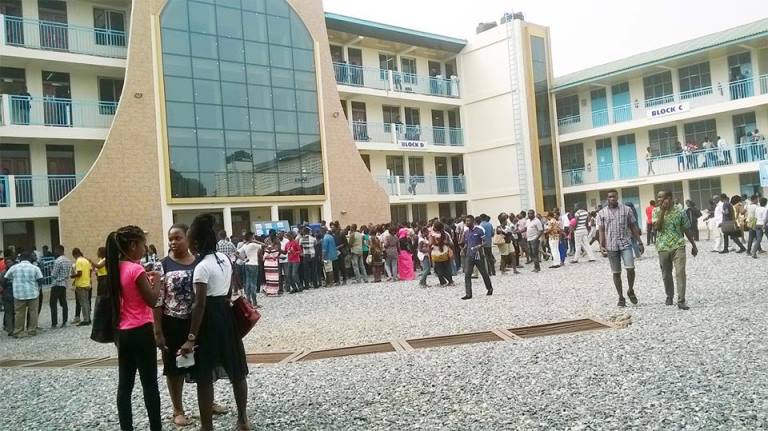 There had been concerns over the decision by some school management to increase fees for the 2020/2021 academic fees.

The Ranking Member on the Education Committee of Parliament, Peter Nortsu-Kotoe, for example, said the Ghana Institute of Journalism (GIJ) had not sent any proposal to Parliament on a proposed 5 percent fee increment.

He also said he did not expect the universities to be complaining about fees given the expected increase in intake because of the Free SHS graduates.

“This an academic year which is receiving an avalanche of students; more than 50 percent more than the regular intake, and we are expecting a movement from about 90,000 to 145,000 [new admissions].”

“This is likely to be a major economic bumper harvest for universities,” Prof. Yankah said.

The concerns over the increase in fees have led to protests from some students.

A group calling itself the Concerned Tertiary Students of GIJ, for example, protested against increment of fees by some tertiary institutions in the country.

The group expressed fears some students would drop out of school due to the increment of the fees for the 2020/2021 academic year.

According to the group, management had increased their fees by 5 per cent whereas their counterparts in UG are expected to see 12 per cent increment in theirs.

A statement issued by the group called on the management of the school to “rescind their decision on the increment of the fees for the 2020/2021 academic year, officially inform students of the nature and structure of the coming semester, and extend the deadline for the decreased fees”.

It added that “we equally call on the government of Ghana and the Ministry of Education to listen to the plea of the tertiary students and respond affirmatively to the fee decrement call from tertiary students”.