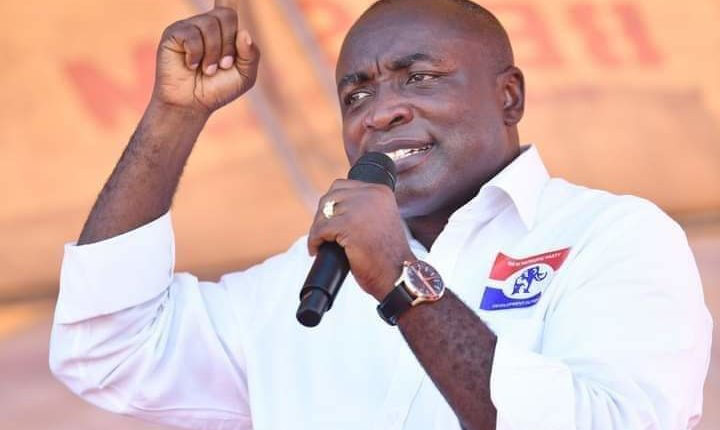 Political analysts have predicted that the race for the next flagbearer of the governing New Patriotic Party (NPP) is between the Vice President Dr. Mahamudu Bawumia and the Trade Minister Alan Kyerematen, but a former flagbearer aspirant, Kwabena Agyei Agyepong, says he’s lacing his boots.

The former General-Secretary of the NPP insists that several others have a keen interest in the flagbearership race; therefore, it will be erroneous for anyone to think that it will be between the vice president and the trade minister.

“The ground has not been opened yet; just wait for nominations to open. In 2007, I was the youngest of the 17 presidential aspirants. I haven’t ruled myself out at all for this battle,” he revealed

Sharing his view on those advocating and endorsing one candidate over the other, Mr. Agyepong said, nobody can win elections based on coercion and  endorsements

“I think it is very important that we let the Ghanaians know that our party has a time-honoured tradition. That decision cannot be earned through coercion, endorsements, or force. It has to be earned by people, showing respect, and going to various places,” he stressed.

“If you want to win, move around the country and sell your message. You have to earn it,” he pointed out in an interview on TV3.

The NPP is currently organising new leaders for the next term.

In 2015, Mr. Agyepong, together with the then National Chairman, Paul Awentami Afoko, and First Vice Chairman Sammy Crabbe, were suspended for allegedly working against the then flagbearer of the NPP, Nana Akufo-Addo.

Without a substantive General Secretary and National Chairman, the NPP won the polls in 2016.

In 2021, an Osafo Maafo-led committee lifted the ban on Mr. Agyepong.