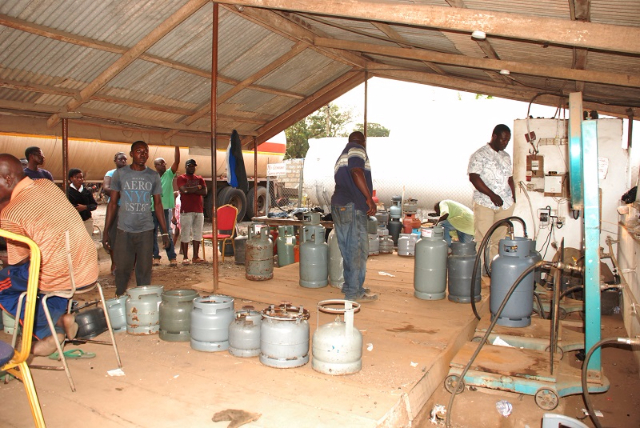 The Ghana LPG Operators Association in the Ashanti Region says it will resist the use of its members’ retail outlets by the National Petroleum Authority for the Cylinder Recirculation Policy.

The Association’s members say the manner in which the policy is being implemented will collapse the LPG business.

The NPA recently embarked on a pilot exercise in the Obuasi Municipality and said about 4,500 jobs will be created when the policy is fully implemented.

But addressing journalists in Kumasi, members of the Association asked Cabinet to redefine the policy and support operators so they can stay in business.

The Association’s executives in a Citi News interview threatened to shut down their outlets in protest against the policy.

“We are telling the government and the CEO of NPA, Hassan Tampuli that they should not to go to any of our member stations. If they say they don’t know us as dealers, then we will not allow them to use or stations for their selfish interest,” one of the executives said.

Another executive said “if NPA wants to engage us, they should wait for the outcome of the court proceedings. If the government will not listen to us, we will advise ourselves accordingly and they know what that means.”

The LPG operators have expressed fears that the Cylinder recirculation policy could collapse their business and have therefore proceeded to the court to have the decision stopped.

They have among other things described the policy as one that is in bad taste, citing loss of jobs, among others as the likely repercussions of its implementation.

But, the NPA has dismissed the claims of the operators indicating that the concerns raised were unfounded.

Already, five LPG marketing Companies have been licensed to undertake the Cylinder Recirculation Model which is expected to be rolled out before the end of the year.

President Nana Akufo-Addo ordered the implementation of the cylinder re-circulation Model of LPG distribution in October 2017, following the public outcry in the wake of the massive explosion at an LPG filling station at Atomic Junction.