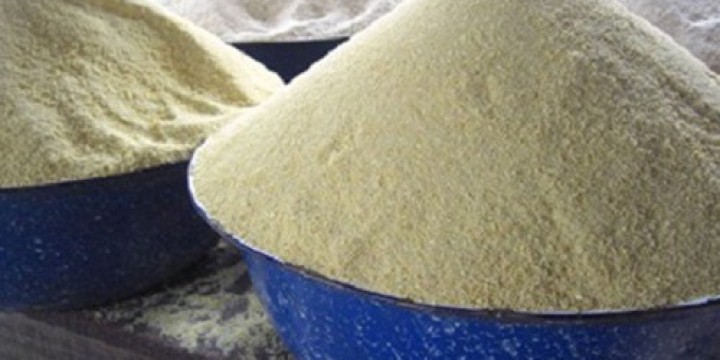 Mr Iddrissa Ouattara, the Dormaa Central Municipal Chief Executive, has hinted that an investor has expressed interest in the establishment of a gari processing plant in Dormaa-Ahenkro under one district one factory agenda.

“When I talked about bringing this project here people started murmuring and complaining. The fact is that I cannot bring a car manufacturing company here when agriculture is the dominant occupation,” he stated.

He indicated that there was the need to add value to the raw materials by processing them.

It was attended by the chiefs and people of Aboabo, Queenmothers, the staff of Ministry of Food and Agriculture, Heads of Departments, Security officers, public and civil servants.

He indicated that another investor had expressed interest in setting up a fertilizer processing plant at Duasidan for both the local and international markets.

The MCE further stated that a warehouse had been constructed at Atesikrom in Dormaa Ahenkro under the one district one warehouse initiative to store 1000 metric tonnes of farm produce.

Mr Ouattara said under the Rearing for Food and Jobs; there were plans by the government to establish a broiler processing plant at Wamfie in the Dormaa East District of the Brong Ahafo Region to help check the high import bills government expended on frozen chicken.

He said when it comes into fruition it would create jobs, produce quality and wholesome chicken at an affordable price.

The MCE added that under the Planting for Export and Rural Development(PERD) flagship programme which encouraged plantation of cash crops like cocoa, cashew, coffee, and palm nuts 30,000 cashew seedlings were given free to farmers in the Municipality last year.

The MCE said concession for illegal miners or galamsey would be given to operators who sought approval from the Municipal Assembly and traditional authorities.

He added that they would be permitted to work on condition that they honored their tax obligation and followed due processes for the reclamation of land.