Two fire outbreaks were recorded a few hours apart at the Kwame Nkrumah University of Science and Technology (KNUST) and the Aboabo Station, both located in Kumasi.

While the KNUST fire started after midnight, the Aboabo inferno was at dawn and raged on for hours.

This would be the first major fires recorded less than a month into 2021 in the Ashanti Region.

Several infernos were recorded in the latter part of 2020 with as many as five market fires within a period of one month. 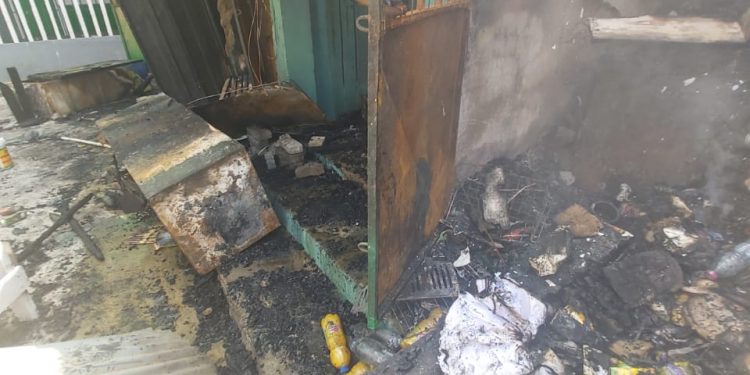 This occurred barely 24 hours after tertiary institution re-opened for academic work after staying home for many months due to the COVID-19 outbreak.

Several items in container shops were destroyed by the time the fire was brought under control by fire-fighters at about 02:55 am.

One fire tender was dispatched from the Ghana National Fire Service (GNFS) station on campus which brought the inferno under control. 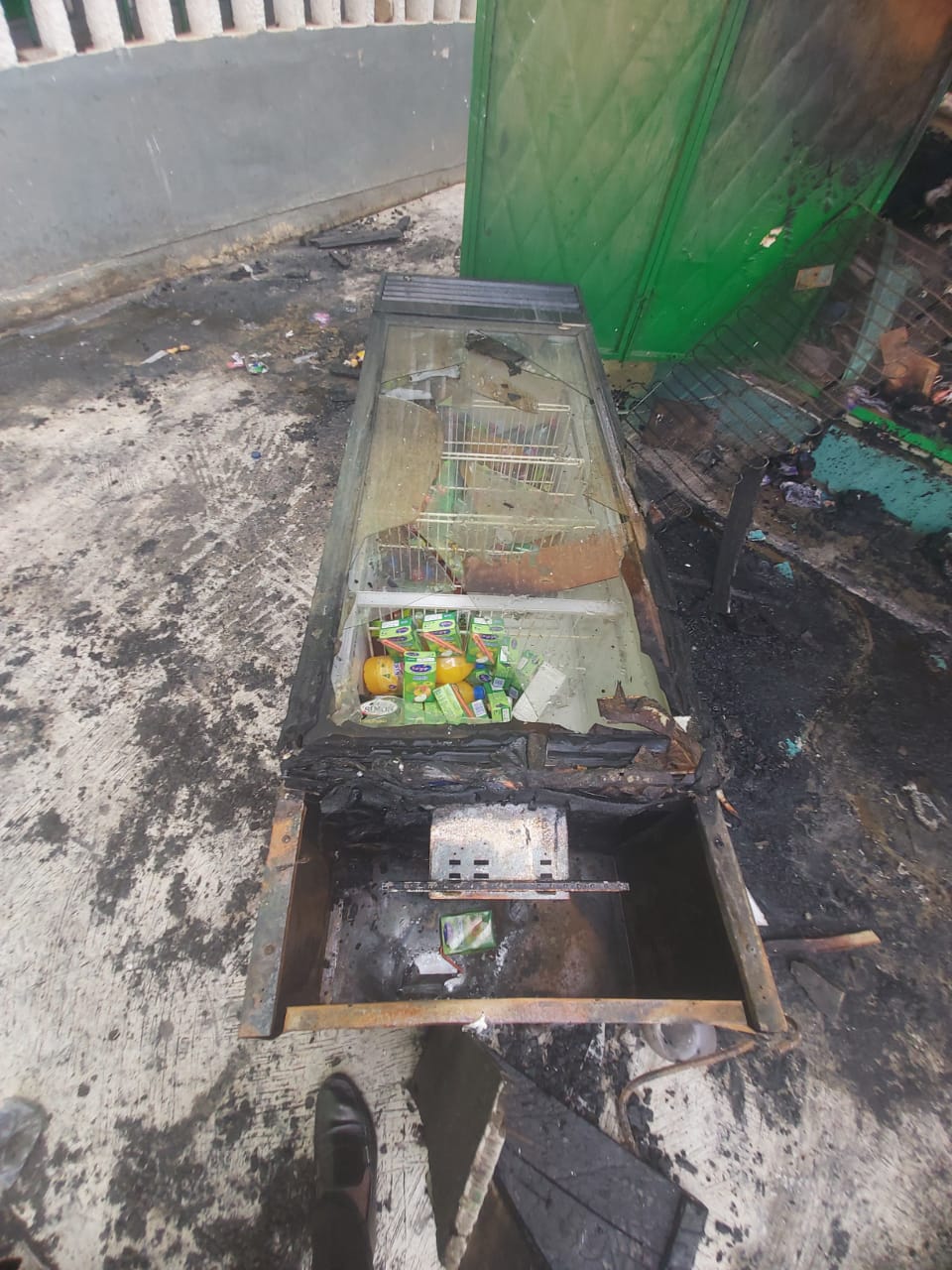 No student is dead

University Relations Officer (URO) of KNUST, Dr Daniel Norris Bekoe told theghanareport.com there were no fatalities contrary to reports by some people on social media.

Management entreated the public to disregard false information being circulated on social media that 17 persons including a porter lost their lives.

The situation was much worse at the Aboabo station where about 100 shops were gutted.

At least five fire tenders to ensure the fire did not spread to other shops.

The cause of the fire is not immediately known.

Traders have been the ones at the losing end with more than 5,000 people counting their losses.

The Kaneshie inferno swept through portions of the multipurpose building and destroyed nine fabric shops and a warehouse. Six of the shops were totally burnt with nothing to be salvaged by the victims.

Barely 24 hours before the Kaneshie incident, a fire ripped through a market at Asankragwa in the Western region.

According to reports, the fire tender at the closest fire station had developed a fault for the past six months hence the young men in the area mobilised to douse the fire which lasted several hours.

By the time the fire was put out completely, four shops had been gutted with thousands of items destroyed.

Over 2, 592 people were affected, and Vice President Dr Mahamudu Bawumia led a government delegation to meet with the leadership of the market and other stakeholders to offer some support.

But a day before, on Monday 14, traders at the Koforidua were left counting their losses as their wares were consumed by fire at that part of the country.

The blaze was reportedly caused by an electrical fault on the main power supply pole of the ECG and spread to the nearby shops.

The most devastating of the series of fire outbreaks was the one that tore through thousands of shops at Odawna, a densely crowded market area on November 18.

It was the second fire incident at the same market within 10 months.

Personnel from the Ghana National Fire Service (GNFS) had a tough time gaining access to the poorly planned area.

A former chairman of the Odwana Pedestrian Market Union, Obrempong Ampomah, told theghanareport.com’s Aba Asamoah at least 3,500 shops were affected by the fire.

Before then, the Ashanti Region also has had its share of fires on October 21.

According to some victims, the fire started at about 2 am from one of the container shops and spread to other structures.

Again in July 2020, fire swept through the Juaben Serwaa market in Koforidua in the Eastern Region destroying at least seven shops.

The dawn inferno consumed items worth thousands of cedis. Some traders trooped to the market centre when news of the fire outbreak got to them.

The traders attempted to salvage some of their wares from their shops. The Juaben Serwaa Market is the second-largest and populated market centre in the New Juaben South Municipality.