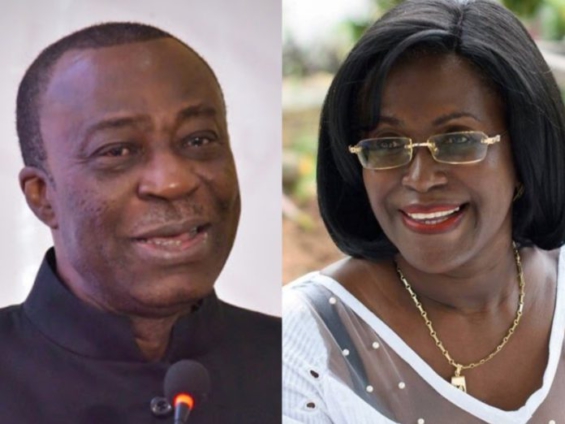 The President has also appointed Oboshie Sai Cofie as a Presidential Advisor on Media Affairs.

TheGhanareport.com understands the announcement was made by President Akufo-Addo at a Cabinet meeting.

Dr Akoto Osei first served as an economic adviser to President Kufuor’s administration from 2001 before becoming a Deputy Minister of Finance in 2003 and later a Minister of State at the Finance Ministry from 2005 and became the substantive sector minister after the passing of Mr Kwadwo Baah Wiredu in 2008.

He became a Member of Parliament representing the people of Old Tafo-Pankrono from 2005 to 2021.

Oboshie Sai Cofie served as a Deputy Chief of Staff in the Kufuor administration’s first term from 2001 to 2005 until she was appointed as Deputy Minister in the second term of President Kufuor.

She served as Deputy Minister at the Ministry of Information from 2006 to July 2007.

She also served as Minister of Information and National Orientation, succeeding Kwamina Bartels as well as Minister of Tourism and Diaspora Relations.

Yaw Osafo-Maafo also served as a Senior Minister in President Akufo-Addo’s first term but reportedly informed the president about his decision to retire and stay in the background in the second term.

He has since been appointed as a Senior Advisor to the President.