He is a man on a mission to change the insurance industry in Ghana to meet the challenges of the time.

Dr Justice Ofori, the CEO of the National Insurance Commission (NIC) and Commissioner of Insurance, is well known for his passion and drive that have seen to the transformation of the trade from a business-as-usual approach to a well-regulated industry that is keeping up with time.

And even outside the insurance circles, Dr Ofori commands a lot of respect from the Fourth Estate with whom he has a good working relationship and is often referred to by various monikers – ‘Bolero’, ‘Dr Macho, Cyborg and ‘Van Damme’ – partly because of his physical presence.

Such is the reverence he commands that the Ghana Journalists Association (GJA) conferred on him an Honorary Membership in 2020.
Beyond his imposing stature for which his associates famously call him ‘Insurance Schwarzenegger’, Dr Ofori has deep passion to develop the manpower needs of the highly competitive industry. 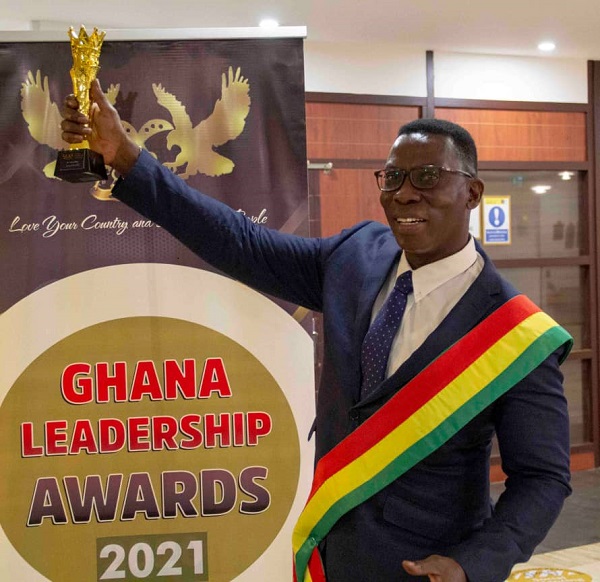 Meeting the NIC boss face-to-face at his office in Accra shows a man driven by conviction and a strong desire to be a change agent and to give the industry a positive outlook.

Dr Ofori told The Mirror that his entry into the insurance profession was somehow accidental. After studying for his Bachelor’s degree at the University of Ghana, he had the opportunity to sojourn to Canada where he read courses in banking and insurance, following which he worked from 1990 to 2004 at McLarens Toplis Canada, Allianz Canada and CGI Canada as a Licensed Independent Claims Adjuster.

With over 30 years of experience in insurance, Dr Oforihas spent the last four years as the Chief Insurance Regulator in Ghana at a very critical period in the industry.

“Driven by the desire to help my country, I returned to Ghana in 2004 and decided to have a practical stint with the local insurance industry. I was fortunate to have been given the opportunity by the then Managing Director of Vanguard Assurance, Mr Emmanuel Mahama Baba,” he recounted.

His sterling performance at Vanguard led to his appointment as the first and the longest-serving Director of the Ghana Insurance College before President Nana Addo Dankwa Akufo-Addo appointed him as the Commissioner of Insurance in 2017.

Driven by his mantra that ‘Anything conceived to be done at all must be done now; tomorrow may never come’, Dr Ofori has been at the forefront of the implementation and execution of strategies and concepts to turn around the fast-growing industry.

Dr Ofori admitted to The Mirror that the launch of the Basic Insurance Education programme, in partnership with the Ghana Education Service, was the realisation of one of his dreams — a belief that when people understood the importance of insurance rather than the compulsion to purchase insurance, uptake became a norm.

It has led to an ongoing development of a basic course of study on the subject in second-cycle institutions.

In addition, the commencement of training for National Service persons attached to the Motor Traffic and Transport Department of the Ghana Police Service on insurance literacy and the enforcement of motor insurance have set in motion similar arrangements for recruits and officers of other security agencies such as Ghana Armed Forces, Ghana National Fire Service, Ghana Prisons Service, Ghana Immigration Service, Customs Excise and Preventive Services, among others.

There are plans to extend insurance literacy for the informal sector, as well as targeted industries such as the arts, entertainment and sports.
Dr Ofori says he believes that if media personnel get the right appreciation of insurance, society will be better informed and educated on the value of insurance. And through his leadership, the NIC periodically engages the media with a series of training programmes for journalists in Ghana on the basics of insurance.

Innovations
Dr Ofori has spearheaded the introduction of the Motor Insurance Database to weed out fake motor insurance in the system, a means to give the general public confidence in the validity of their vehicle insurance cover.

This database is, perhaps, the biggest innovation in the insurance industry and the first of its kind in Africa as it has unique features such as instant Short Message Service (SMS) to confirm the purchase of insurance and the ability to use the software to assist the police in road traffic investigations.

Due to his zeal to develop the insurance industry, the NIC now recognises professional qualifications in insurance obtained from the Ghana Insurance College (GIC) for the chartered insurer status. 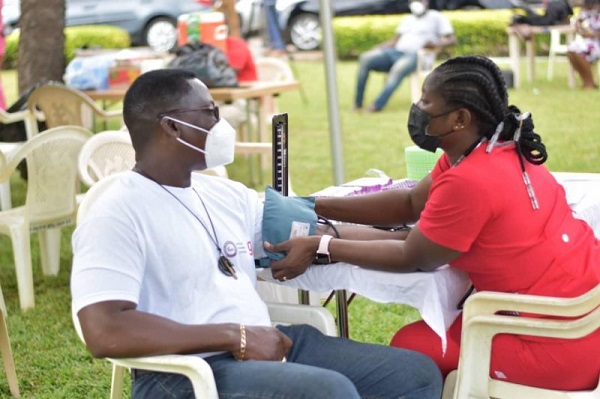 “With this credential, an insurance practitioner can hold principal officer positions such as Chief Executive Officer or Chief Operating Officer which was previously the preserve of the Chartered Insurance Institute (CII) UK or Chartered Insurance Professionals, CIP (Canada),” he indicated.

Also through his leadership, the NIC has implemented the International Public Sector Accounting Standards (IPSAS).
The commission’s 2019 financial statements were, therefore, fully compliant with the IPSAS; thus, making the NIC one of the few state agencies to have blazed the trail globally ahead of the set deadline.

Through him, over 10,000 youth have been trained as insurance agents as part of the awareness creation and employment creation strategy.

Education
Dr Ofori had his early education at Kotoka Primary School, Burma Camp, from where he proceeded to Mpraeso Secondary School after successfully passing his Common Entrance Examination in 1971.

Apart from his Bachelor of Arts degree from the University of Ghana and a diploma with honours in Banking and Finance from the Toronto School of Business, Canada, he possesses degrees from York University and the University of Toronto, both in Canada.
He is Certified in Management (CIM) by the Canadian Institute of Management and is a licensed Independent Adjuster, Ontario – Canada.

Dr Ofori has an International Executive MBA degree from the Paris Graduate School of Management and is a Fellow of the Insurance Institute of Canada (IIC) and a Chartered Insurance Professional (CIP).

He is also a Fellow of the Chartered Insurance Institute of Ghana (CIIG).
Besides, he possesses a Doctor of Business Administration (DBA) degree from the Swiss Business School (SBS).

Awards
Last year, Dr Ofori was honoured with a lot of awards. His vision for Corporate Social Responsibility goes beyond material things and he brought together all insurance players and their employees in Ghana to donate blood to stock the country’s blood banks.

He subsequently declared the month of August of every year as the Ghana Insurance Industry Blood Donation month.

For his effort, he was awarded by the National Blood Service for his initiative that yielded 802 units of blood, making the insurance industry the highest corporate donor of blood in 2021.

In addition, the West Africa Nobles Forum (WANF) in 2021 presented Dr Ofori with a Nobles International Award for being an Eminent West African who upholds the virtues of honesty, integrity and accountability.

He was also adjudged the Chief Executive Officer (CEO) of the Year, 2021 by the Ghana Leadership Awards. According to him, that award took him by surprise. He was, however, not shocked because he believed in the fact that whatever one was doing, people were watching, even if it was in the dark. 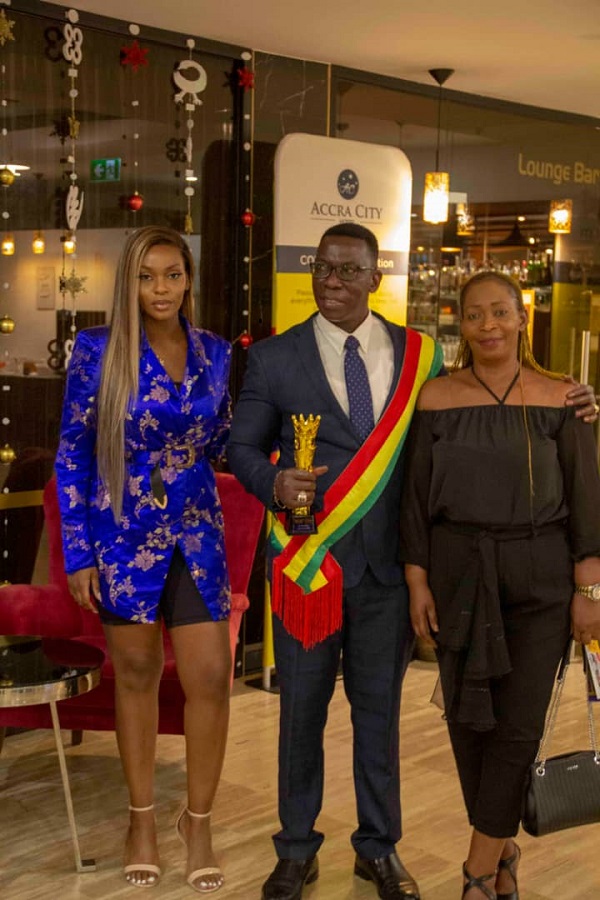 Family life
Dr Ofori was born to Mr Yaw Ofori, a former Police Officer, who was also a General Manager of the Social Security and National Insurance Trust (SSNIT) and Managing Director of Ghana Ports and Harbours Authority.

His mother is Mrs Rebecca Ofori, a Civil Servant. He hails from Ejisu in the Ashanti Region of Ghana. He grew up with three siblings, all of whom are occupying top positions in the insurance space and the health sector as medical professionals.

He is married to Mrs Jayne Ofori and they have three adult children – Nana, Kely and Wanda.

Future of Ghana’s insurance industry
For Dr Ofori, insurance is tied to the economic growth of Ghana. He explained that insurance needed to be brought to the doorstep of many low-income earners and they needed to be educated on its benefits. He indicated that complaints about the attitudes of some insurance companies towards their clients were reducing significantly as the industry was being strengthened financially with the view to protect the interest of policyholders.

Key roles
Dr Ofori currently serves on the boards of the National Health Insurance Authority, the West African Insurance Institute, and is an Executive Committee Member of the ECOWAS Brown Card Council of Bureaux. He is currently the Chairman of the Governing Council of the Ghana Insurance College. Dr Ofori is a Fellow of the West African Insurance Institute in the Gambia and a Member of the Implementing Committee of the International Association of Insurance Supervisors.

Lifestyle
The ‘People’s Man’ believes in working hard and partying hard! He is a gym addict and opines that lack of exercise is an offence against one’s own body. “Anytime I fail to exercise before the day starts, I feel guilty,” he revealed.