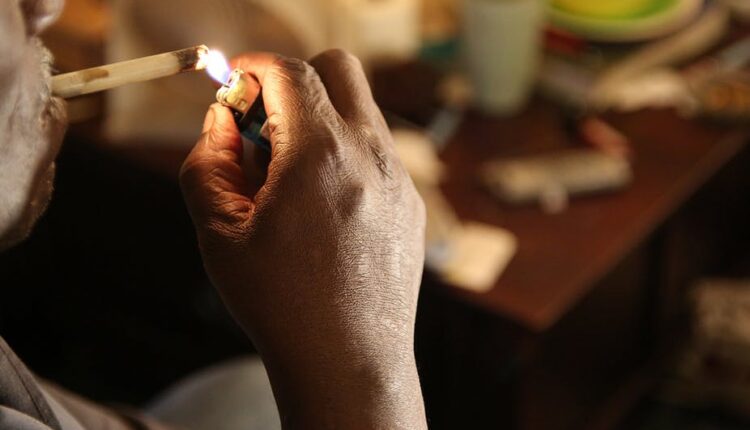 Drug use should be a public health issue – NACOC

He said: “We need to understand that drug use is a problem that can befall any individual with ripple effect on the larger society and that persons who have fallen victim to drug use should not be shunned but shown love and affection as this would help them to receive the appropriate counselling and treatment interventions.”
He said this would help reform and rehabilitate them to live better lives and be reintegrated into society to contribute their quota to development.
Mr Addo said this at the opening of a two-day capacity building workshop on drug law enforcement sensitisation and consultation on the implementation of the NACOC Act, 2020 [Act 1019].
Organised by the POS Foundation, in collaboration with International Drug Policy Consortium, the workshop, on the theme: “Understanding the NACOC Act 2020(Act 1019); The Role of Law Enforcement and Prosecutors,” is to help stakeholders in promoting rights-based best practices to handling people who use drugs.
Mr Addo said the position of NACOC, in the spirit of the law, did not imply the legalisation nor decriminalisation of drug use in Ghana but drug use remained an offence under the Act as enshrined in section 45 of Act 1019.
“The sigh of relief, however, is that there is alternative punishment to incarceration. That one could be fined, or the court may make an order directing the offender to seek treatment or rehabilitation at a facility approved by the commission in consultation with the Ministry of Health.”
Mr Addo said the country needed to invest in getting a national rehabilitation centre and how it could be funded, adding that efforts were also underway for the passage of a legislative instrument for the efficient and effective implementation of the provisions in the law.
Justice Bright Mensah, Appeals Court Judge, said the new Act, though had powers to punish drug related offences, also focused on human rights and health approaches as opposed to incarceration of offenders.
He said the law was unique and the workshop also presented an opportunity for it to be looked at holistically and to particularly come into terms with its approach towards drug reforms and human rights issue in drug policy and enforcement.
Director of Prisons Operation, Mr Samuel Akolbire, said the issue of overcrowding in the prisons remained a concern to officials, as the total prisoner population now stood at 18,480 as against an authorised capacity of 9,925 nationwide.
He said convicted drug related offences in prison custody revolved around narcotic drugs importation and exportation, supply, cultivation and use, and those prisoners contributed about 3.4 per cent of the prisoner population currently.
Mr Akolbire said the Service appreciated that some of those individuals needed to be referred to the appropriate health and rehabilitation centres, as drug addiction and substance abuse could be linked to diseases which could be treated.
Mr Jonathan Osei Owusu, the Executive Director, POS Foundation, said the NACOC Act, passed on March 20, 2020 called for the sensitization of critical stakeholders, particularly the law enforcement agencies and prosecutors, to know their role in its implementation.
He expressed the hope that the workshop, with funding from the Open Society Initiative for West Africa, would build the confidence in stakeholders to situate law enforcement within the public health context to reduce the harm on people who used drugs.
Narcotic Control Commission (NACOC)