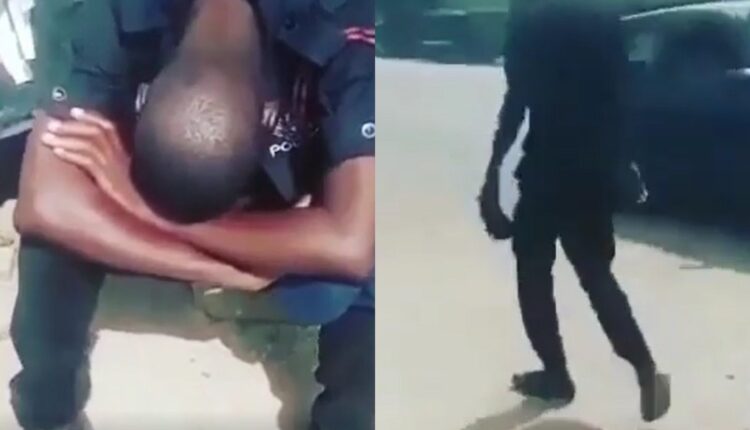 A police officer captured in a viral video in a possibly drunken state has been interdicted and referred to a psychologist.

The uniformed cop, who was seen sitting in front of a shop, appeared wobbly in his steps when he attempted to walk.

A citizen who captured the video is heard running commentary, accusing the officer of denting the image of the service.

The commentator pointed that the said officer could have been recruited on protocol and further called for his dismissal.

The police, in a statement, said the uniformed officer has been identified and in line with police regulations, has been interdicted to make way for investigation into his conduct.

A clinical psychologist has been assigned to evaluate him and offer him the necessary support.

“In addition, he will be referred to the Police Medical Board for thorough review and support towards rehabilitation where necessary,” the police said.

The police said the officer’s suitability or otherwise to remain in the service will be based on the outcome of investigations and the recommendation of the Police Medical Board. 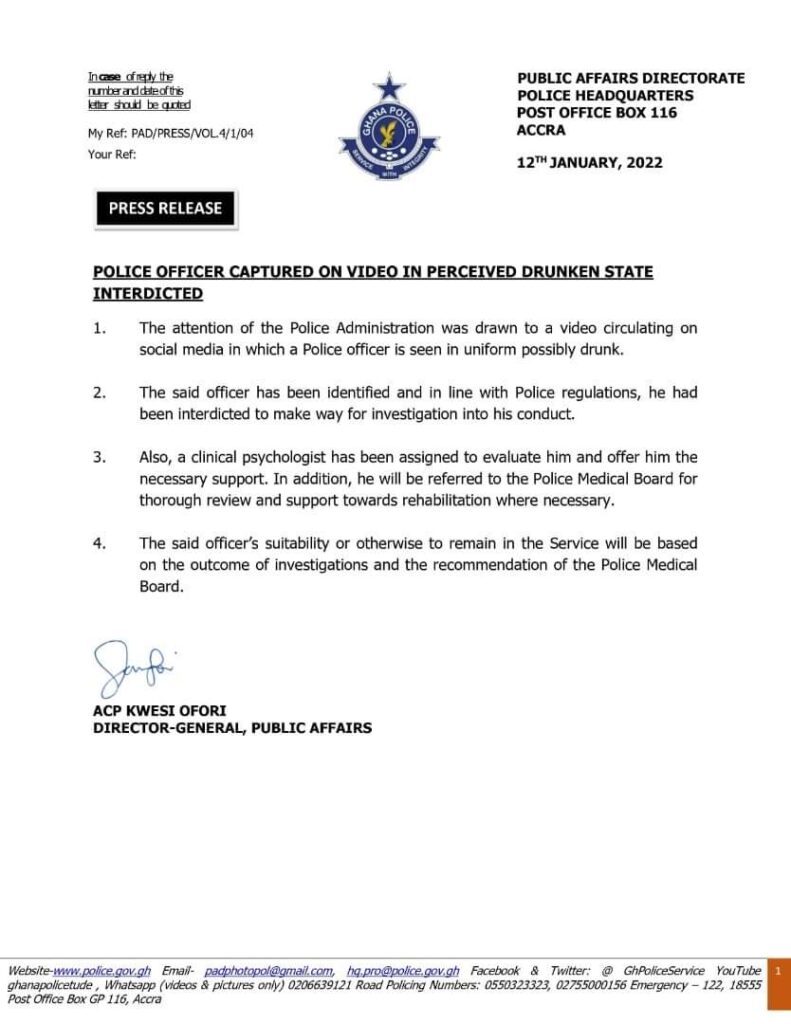