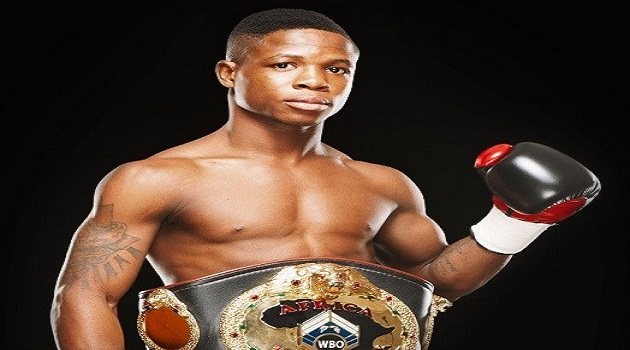 Ghana’s bantamweight contender, Duke Micah, will challenge John Riel Casimero of the Philippines for the World Boxing Organisation’s (WBO) championship on September 26 at a yet to be announced venue.

The undefeated Micah is expected to make his first world title bow in a tough fight against an experienced Casimero.

According to reports, the Casimero-Micah fight would be on the Carlo brothers September 26 pay-per-view on Premier Boxing Championship (PBC).

The 28-year-old Micah will hope to add his name to Ghana’s rich boxing history by taking his chances against a hard hitter in Casimero who is undefeated in his last five bouts.

Micah will make his first appearance in the ring this year having made a return in 2019 with two victories.

The Ghanaian went over a year without a fight due to a promotional tussle with Real Deal Promotions. However, he managed to stop Luis Roy Suarez Cruz on his return in August 2019 before earning a 12-round unanimous decision win over Janiel Rivera last December.

Casimero, on the other hand, has won world titles in three divisions. The Filipino won the International Boxing Federation (IBF) light flyweight and flyweight titles before moving up to win the WBO bantamweight crown.

He defeated Ricardo Espinoza Franko in a 12th-round knockout to annex the WBO title in April 2019 before making three defences last year.

Casimero is yet to fight in nine months since destroying former South Africa titleholder Zolani Tete in three rounds.