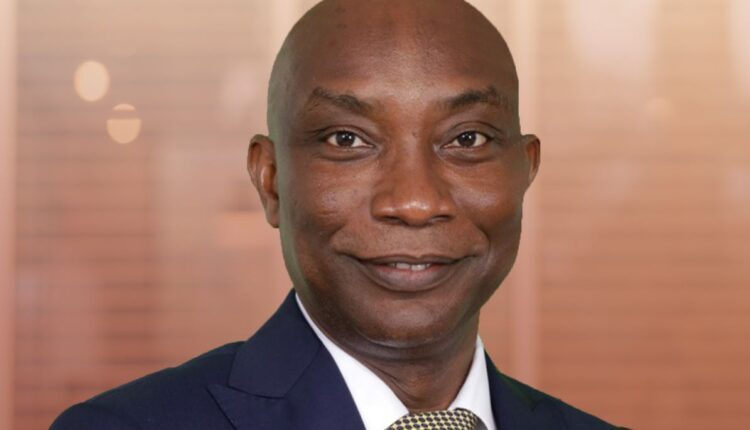 Even though C-nergy is not entirely opposed to the levy, they hold the opinion that “the 1.75% E-Transactions levy rate is high”.

Analysts from the firm are of the belief that the scope and coverage of the levy are wide enough to generate the targeted revenues “if it is monitored and managed effectively”.

The proposed 1.75% levy will be charged on mobile money and other electronic transactions that exceed GHC100 per day.
This is aimed at boosting domestic tax mobilization efforts to infrastructure needs to accelerate economic transformation.

“Electronic transactions covering mobile money payments, bank transfers, merchant payments, and inward remittances will be charged at an applicable rate of 1.75%, which shall be borne by the sender except for inward remittances, which will be borne by the recipient,” Finance Minister, Ken Ofori-Atta, said while presenting the 2022 budget in parliament on Wednesday, November,17,2021.

The levy is expected to replace road tolls collected at various booths across the country.

However, C-nergy disagreed with the total removal of the road tolls after an analysis of the 2022 Budget and Economic Policy.

C-nergy proposed that the road tolls “should have been maintained together with the E-levy at a lower rate”.
They were concerned that removing the road tolls would send a bad signal to the private sector and the PPP investment community.

The move could be interpreted as “shutting the door on their participation in road infrastructure development, which is globally funded with such levies”.

E-Transactions levy could also be counter-productive

C-nergy also pointed out that the E-Transactions levy could be counter-productive.

“Gains made as a result of the country’s push for financial inclusion and a cashless economy could be reversed, because users of these platforms may opt for cheaper alternative payment avenues in order to avoid this tax”.

The firm added that there have been suggestions that this tax has some elements of double taxation in situations where a taxpayer uses e-transaction platforms for paying taxes to GRA, a phenomenon that has recently gained some traction.

C-nergy suggestions on other levies

The yearly revenue target of the government surpasses all these levies and could be a major source of funds for several projects.

But C-nergy is of the view that “some of the levies have outlived their original purposes and have become an unnecessary burden on the taxpayer”. C-nergy cited the Energy Sector Levy as a typical example.

“Issues with Tema Oil Refinery (TOR) and the energy sector, in general, can be resolved without this levy. TOR requires a total overhaul technically and operationally. Studies have shown that it would be more prudent to scrap the plant and build a new one.

“Without this, the technical losses it generates would continue and the company’s bottom-line will remain negative.

“We must either securitize the component of the Energy Sector Levy that goes to TOR to reinvest the proceeds towards the construction of a bigger and modern refinery or privatize the entity to inject the needed efficiency into its operation”.
For the electricity sub-sector, C-nergy said more efforts could be geared towards pushing the West Africa Power Pool agenda to channel any excess generation capacity from the IPPs into the pool to stop the bleeding.

“It will be critical to go back to the cash waterfall mechanism to ensure that ECG does not continue to plunge the entire sector value chain into perpetual indebtedness. If we plug these holes, proceeds from the levy can be redirected into more productive sectors, particularly infrastructure development which can create several self-liquidating investments without resorting to borrowing to push our debt stock higher,” C-nergy observed.

They also pointed out that harvesting and harnessing the pool of levies in a coordinated manner to finance infrastructure development through various securitization structures would enable Government to execute infrastructure projects faster without resorting to borrowing which tends to put pressure on the country’s debt stock.

C-nergy believes the list of levies in the table above together generate in excess of US$2.6 billion which is sizeable enough to attract capital market players.

“We can leverage these proceeds 10 times to raise over US$26 billion towards the development of infrastructure for the various sectors these levies have been earmarked for,” C-nergy concluded.