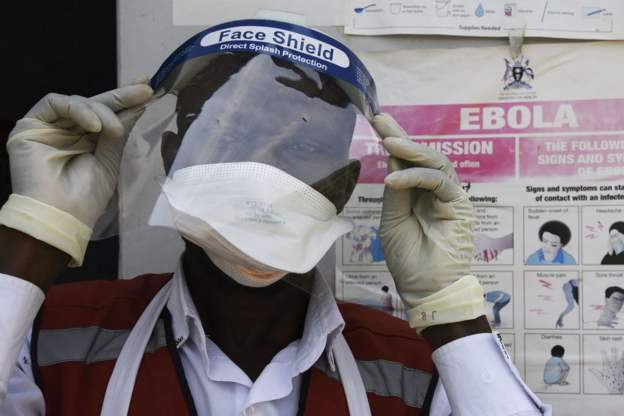 East African states on alert over Ebola in Uganda

East African countries have issued alerts after the announcement of an outbreak of the deadly Ebola virus in Uganda.

Health Permanent Secretary Abel Makubi told the BBC that the teams were screening all people coming to the country.

The Kenyan health ministry said it had urged county authorities, especially in border areas, to be vigilant and enhance surveillance.

It said response teams had been activated to screen people who might be at risk, including travellers and healthcare workers. It also urged the public to be highly cautious while visiting Uganda and the Democratic Republic of Congo.

In Somalia, the health ministry said it was collaborating with the Ministry of Transport and Aviation and other agencies to stop the disease from spreading into the country.

It said it was co-ordinating with the World Health Organization (WHO) to start necessary preparations and response measures, such as screening of travellers.

On Monday, Ugandan health authorities announced that a 24-year-old man had died of Ebola following a fresh outbreak in years.

The authorities are investigating whether seven other deaths were caused by the disease.

Six other cases have been confirmed on Thursday.

Reckless Putin will not intimidate us – Biden