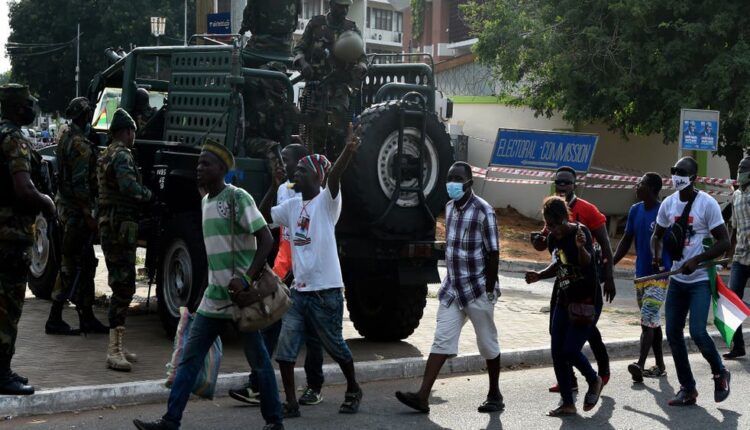 EC mistrust could cause violence in elections 2024

The Ministry of National Security has identified mistrust of the Electoral Commission (EC) by political actors as grounds for violence in election 2024.

According to the ministry, the formation of militia groups by political parties to protect their interest during elections reflects parties’ mistrust in the capability of the EC to deliver its mandate.

“The emergence of political vigilante groups in the country is, in this regard, a major threat to our national security interests and could substantially disrupt national, social cohesion to the prejudice of the stability of the country.” Minister for National Security Albert Kan Dapaah said.

A national risk assessment conducted by the ministry revealed that despite examples of opposition parties winning elections, the suspicion of collusion between the incumbent party and the EC to rig elections continues to drive the situation towards dispute and potential violence.

Therefore, the ministry has called on the EC to identify the sources of public mistrust in its electioneering processes and take the necessary action to address them.

It, however, warned that considering the continually evolving nature of these vigilante groups and the impunity with which they carry out their unlawful acts, the menace is likely to escalate if robust measures are not implemented to address the phenomenon.

The Vigilantism and Related Offences Bill was passed in 2019 to outlaw political party militia in the country.

It also seeks to disband political party vigilante groups and spells out prison terms for persons convicted of vigilante offences, with a maximum of 15 years.

However, pockets of these groups still exist even though the two main political parties – the NPP and NDC – have committed to scrapping affiliations to these political party thugs.

The December 7, 2020 election was marked by over 60 reported incidents of violence including the firing of guns at various polling stations across the country.

The police recorded at least five deaths and several injuries within the period of the elections.

Tensions were high as the opposition NDC rejected the results announced by the EC, which showed a win for the governing NPP.

Both parties won 137 seats with one independent candidate.

But the NDC insisted that it won 140 seats and accused the EC of subverting the will of citizens by rigging the election for Mr Akufo-Addo.

They subsequently embarked on a series of protests associated with violent clashes with police at the head office of the EC at least twice.

“We are, therefore, dismayed at the events that have unfolded before and after the declaration of the results by the Electoral Commission,” the chiefs lamented.

But the matter was finally settled at the court as the Supreme Court endorsed the election results after almost two months of litigation.