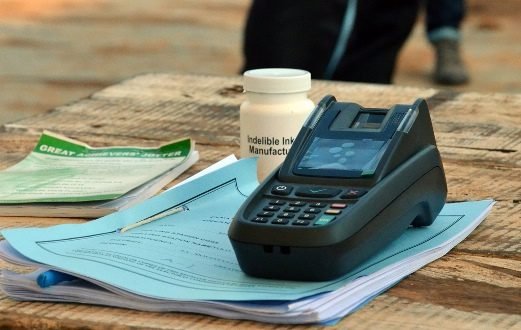 EC to set up committee to oversee implementation of ROPAL

ROPAL, a law that seeks to provide an opportunity for Ghanaians living abroad to participate in general elections, was passed by Parliament 12 years ago.

A suit was brought against the Electoral Commission questioning why the election management body had failed to implement the ROPAL.

Accra High Court ruled in favour of the applicants and ordered the EC to within 12 months execute ROPAL.

Presiding judge, Justice Anthony Yeboah chided the EC for breaching the rights of Ghanaians living abroad by failing to give them an opportunity to vote.

He thus condemned the EC’s failure to address challenges preventing Ghanaians living abroad from voting, and specifically asked them to ensure that arrangements are made for such people to vote in the 2020 elections.

The EC attributed its failure to implement the law to inadequate resources but the judge said ROPAL was passed in Parliament and that the Commission can lobby Parliament to approve funding for them.

It is unclear if that has been done but at an Interparty Advisory Committee (IPAC) meeting at the Commission’s headquarters in Accra on Thursday, the EC appears ready to adhere to the court’s ruling.

Political parties and civil society have until Monday, October 22, 2018, to submit representatives for the committee.

“So that from now onwards, the committee will then look into all the proposals that have come up and a recommendation will be made,” Deputy Communications Director of the Commission Yusif Alhassan Ayuba told Joy News.

Private legal practitioner, Samson Lardy Anyenini who represented the Ghanaian Diaspora on the matter in court does not understand why a new committee is being set.

He explained that throughout the period that the case was in court, it was established that a high profile committee with very experienced persons and who had expertise in election including the EC’s own officers was in place.

“They did their review of the situation on the law and submitted recommendations and those recommendations were never attended to. So at the EC itself, is a document that has the outcome of what they are seeking to do all over again,” the lawyer said.

He is however now surprised by the development, “we live in a country where we just engage in waste. We just waste money and do things over and again and sometimes of course because it is public money we cannot be bothered.

“That is rather shameful but one can only hope that what they are seeking to now put in palace again will not duplicate what the committee they had set up earlier did because it gave a clear implementation roadmap,” he continued.

General Secretary of the opposition National Democratic Congress (NDC) is in support of the EC’s decision but wants it implemented as pilot as part of the forthcoming District Assembly elections.

Johnson Asiedu Nketia said only then can the EC tell if it can be carried out in general elections.

He said the party’s executives are meeting on the issue and a representative will be chosen to sit in for the party on the Committee.

On suggestions for ROPAL to be piloted with the District Assembly elections, Mr Awuku does not think that will be necessary.

“That will be more or less jumping into conclusions,” he said adding, “if they are talking about piloting, all these will have to form part of the recommendations of the committee.”

At the crux of the matter, for the NPP, however, is the modality that will be used in the implementation of the law.