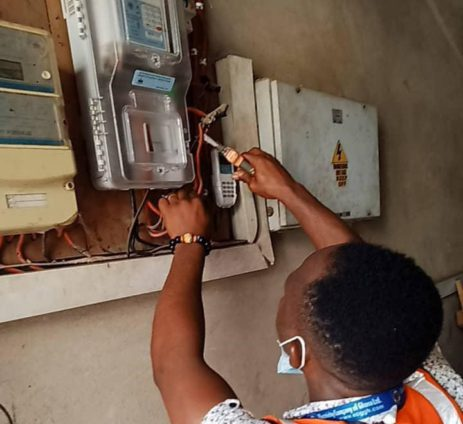 The Electricity Company of Ghana (ECG) is looking forward to prosecuting three persons before a utility court today, Thursday, 11 August 2022, for committing various infractions on electricity use.

Some of the charges against them include stealing power and tampering with ECG meters, among others.

The first three persons expected to be prosecuted will be the test case for this exercise.

This trial takes effect after a grace period of one month given to customers by ECG to voluntarily report faulty meters to the company for resolution.

ECG has then resolved to prosecute anyone caught stealing power after the grace period elapsed.

The utilities court will begin this maiden trial to scourge defiant power thieves in the country.

On 1 August 2022, ECG began a meter audit and visibility exercise in which the power distributor said it had uncovered over 1000 illegal connections.

Some of those customers have been surcharged, while others will be prosecuted by a team of police investigators.

This comes at the back of a power cut in Yilo and Manya Krobo municipalities for the past two weeks.

The two municipalities have been in darkness since Wednesday, 27 July, following a disagreement between the residents and ECG over the installation of pre-paid meters.

This impasse between ECG and the residents in Kroboland has resulted in the company only resolving to restore power in the area once its workers feel safe.

Speaking on Accra-based CitiNews, the Public Relations Officer of ECG, Sakyiwa Mensah, gave reasons her outfit decided to switch off feeders supplying power to the said areas and not only persons resisting the installation.

“It was mainly for safety reasons. By safety, we mean our workers felt threatened. Also, the life and property of consumers within the enclave were at risk. We were working on restoring the power. While at it, we realised that some consumers had on their own started connecting to transformers in other communities which had light. This was done with careless abandon. They did not know the extent of possible damage their actions could cause.”

“They even connected to high tension poles as well. This is an unauthorised entry into the network, and we consider it as illegal. We wanted to monitor what they had done to know how quickly to resolve the interference. Our staff and some military men went to Kwahu North and some residents started pelting stones at them. We had fibre cables cut in some places. Some of our men went to check this and were threatened by residents. They were forced to leave,” she said on Wednesday.

Residents have had a long-standing dispute with the power distribution company over supposed wrong estimation of bills and over-billing, which resulted in the death of a young man during a similar protest two years ago.

They contend that prepaid meters will not be any better and they want a direct power supply from the Volta River Authority (VRA).