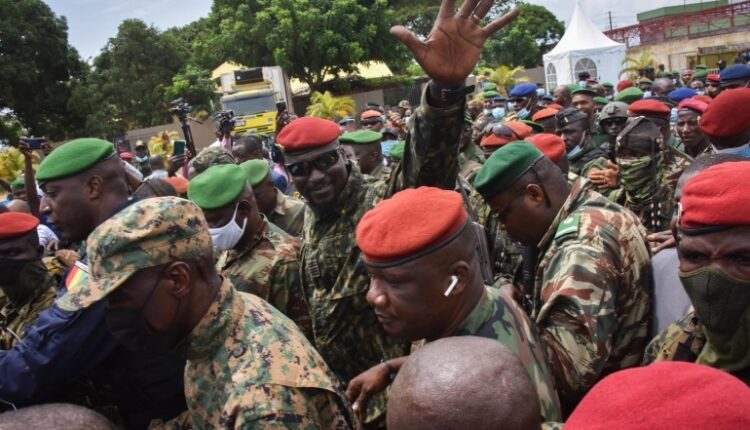 ECOWAS mediators due in Guinea to meet coup leaders

A delegation from West Africa’s main political and economic bloc is heading to Guinea, a day after it suspended the country’s membership in response to a military coup that removed President Alpha Conde.

During its visit due to start on Thursday, the high-level mission from the Economic Community of West African States (ECOWAS) is expected to demand the return to constitutional order and to push for the immediate release of Conde, who was arrested by special forces led by Lieutenant Colonel Mamady Doumbouya on Sunday.

ECOWAS has demanded 83-year-old Conde’s unconditional release but has made no mention of any possible sanctions.

“The military will want to keep Conde as a bargaining chip during negotiations,” said Al Jazeera’s Ahmed Idris, reporting from the capital, Conakry.

Life in the capital was gradually returning to normal on Thursday, with markets reopening their doors as citizens await the announcement of a new government.

“Consultations have been going on but apparently this is taking much longer than the coup leaders had expected,” Idris added.

Doumbouya maintains he is acting in the best interests of the nation, accusing Conde’s government of “endemic corruption” and of “trampling on citizens’ rights”. He has pledged to install a transitional government of “national unity” but has not said when or how that will happen.

The coup in Guinea sparked broad diplomatic condemnation, including by the United Nations and the African Union. It was the fourth in 13 months in West and Central Africa, raising concerns among observers over a proliferation of military-led governments in the region.

“It’s very important for ECOWAS … and other international actors to condemn this coup, which was unconstitutional, and to not let a precedent be set that it’s all right to depose a government that you simply disagree with,” Alix Boucher, analyst at the Africa Center for Strategic Studies, told Al Jazeera.

“Clearly what needs to happen is a transition of some sort that brings back democracy and that helps to establish a system where the government is well managed, where human rights are guaranteed and where political participation leads to elections,” Boucher said.

ECOWAS on Wednesday said it had suspended Guinea’s membership to the 15-member bloc in response to the coup. However, Alpha Barry, Burkina Faso’s foreign minister, told reporters following an extraordinary virtual summit that the bloc could review its decision to suspend Guinea’s membership following its mediation.

“At the end of that mission, ECOWAS should be able to re-examine its position,” Barry said.

Conde became the first democratically elected president in 2010 and was re-elected for a second term in 2015. Last year, he pushed through a constitutional change to allow himself to run for a third term, a move deemed illegal by his opponents.

ECOWAS was criticised at the time by activists for remaining silent about Conde’s third term, which would have allowed him to remain in power until 2030.

Conde went on to win a presidential election in October 2020. Violent protests erupted across the country in response to his re-election, resulting in dozens of protesters being killed.

Military leaders on Tuesday released about 80 political opponents that were jailed during the turbulent electoral period on a variety of charges, including breaching security, destroying public property and manufacturing weapons.