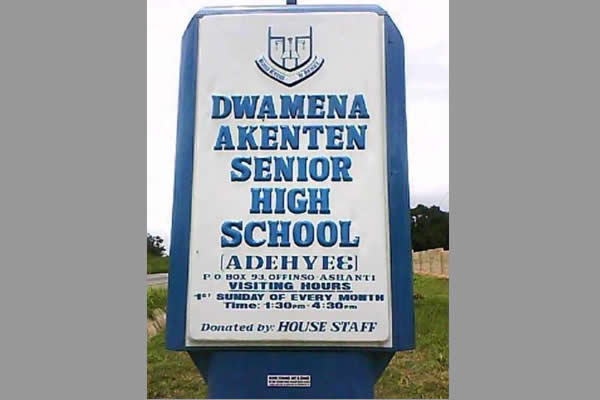 Ghana’s educational authorities need to immediately probe circumstances leading to the death of a student of Dwamena Akenten Senior High School (SHS), as a result of the refusal of a housemaster to grant the student an exeat to seek medical attention.

An educational consultancy,  Neogenics Education, which made the demand, described the incident as criminal, and a professional negligence on the part of the school authorities.

It said the move would become necessary to punish the culpable parties in the incident.

The organisation also asked that stringent measures be put in place to ensure SHS students felt safe and felt the need to report on issues of abuse in their schools.

Its concerns follow the death of a second-year student at the Dwamena Akenten SHS in the Ashanti Region.

The deceased, a General Arts student whose name is yet to be made public, was found on the floor of his dormitory after school hours.

Sick SHS student dies in dormitory after being denied exeat

Neogenics Education Lead Consultant, Grant Bulmuo, reacting to news of the student demise in a signed statement, described events leading to the student’s death as ‘shocking’.

“The recent case of a student dying in a boarding school after being denied an opportunity to seek healthcare while feeling ill is shocking and disgraceful, ” excepts of the statement available to theghanareport.com reads.

Looking at the turn of events, the educationist firm, therefore, wants all boarding schools in the country to undergo a safeguarding audit to avoid such events from recurring in the near future.

“We must put in place these necessary interventions to avoid any legal
surprises in the future. In other jurisdictions, such incidences would trigger
a legal action with huge financial implications on the institution and the
government, ” it added.

Read below the full statement