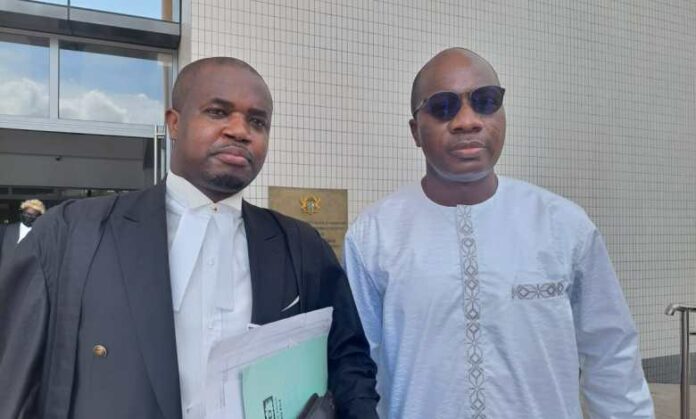 Lawyer for Mahama Ayariga, Member of Parliament (MP) for Bawku Central, has thanked the Special Prosecutor, Kissi Agyebeng, for dropping charges against the MP.

Godwin Edudzi Tamakloe said in line with the processes of discovery, the prosecution shared with them the evidence they intended to tender, which included letters from the Societe’ Generale Bank.

He said the letter indicated that it was a car loan payable through deductions from the MP’s salary, adding there was evidence that the Bank had started its deductions.

“It was inconvincible to proceed with the prosecution of the MP. This has not come as a surprise. The new Special Prosecutor, in his good conscience, decided to file a Nolle Prosequi, and he rightly indicated that evidence of standards in criminal cases is to prove beyond a reasonable doubt,” Tameklo said.

“We are grateful to the SP for allowing fairness…to prevail and to the court for upholding justice.”

Agyebeng, on Monday (11 October), dropped charges against Mahama Ayariga and Kenrick Akwasi Marfo, a car rental dealer, for allegedly using his public office for private benefit in the purchase of a brand new and second-hand Toyota Landcruiser vehicle.

On 11 August 2019, he was charged on five counts in relation to the purchase of the vehicles.

Agyebeng, however, entered a nolle prosequi (discontinuation) before an Accra High Court.
He told the court that the Republic was unable to prove its case based on the available evidence on the standards of proof on criminal bases.

“The present case appears certain to suffer the same fate as Case No. FT/012/2019, the Republic versus Hajia Hawa Ninchema and Six Others, which was dismissed on 7 May 2021 on a submission of no case to answer,” Agyebeng said.

Justice Afia Serwah Asare-Botwe, the presiding Judge, after listening to the Special Prosecutor, discharged the MP and Marfo.

Ayariga, who had been facing two separate actions by the State, was acquitted and discharged in the first case – The Republic v. Hajia Hawa Ninchema & Six Others – in respect of alleged procurement breaches in the purchase of an ambulance for his constituency.

The cases were initiated by Agyebeng’s predecessor, Martin Amidu, who resigned his post on 16 November 2020.