The most important question in life is why. E-Lab loves whys. It explains the difference between manslaughter, murder, and assassination even though all three are simply killings.

E-Lab frets because my generation as I gauge on social media does not like the word ‘why’ or maybe my people do love it, but not enough. Maybe my generation is still on a date with why. Still unsure. E-Lab has gone ahead to marry why. And that’s why I live happily ever after.

Take this Kennedy Agyapong vs media I often see on Facebook whenever the MP books another date on TV. People say Ken is the cornerstone that the media once rejected. And the paint for this narrative is that the media disdained him but have now found him useful to boost their content.

E-Lab assumes we know why the media has found a new love for the Assin Central MP. But when people post this stone-that-the-builder-rejected narrative on Facebook or Twitter, we don’t ask why he was disdained as they claim.

As a former journalist with Multimedia, it was too clear why he was blacklisted. Beyond his lungful of insults, more troubling was the threat of media houses attracting defamation suits. 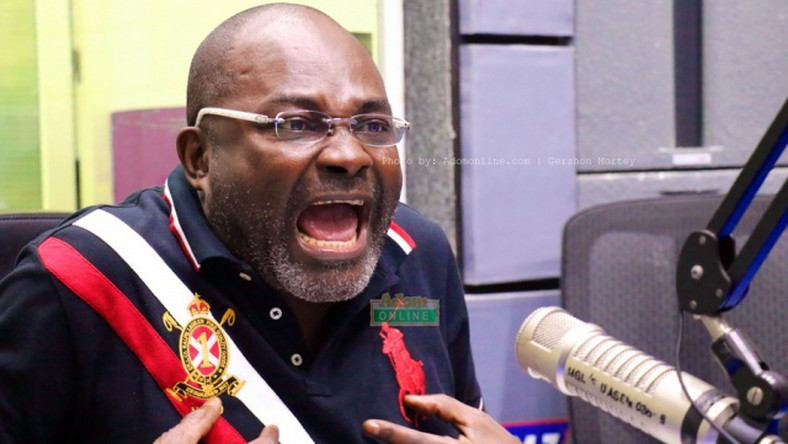 Type Ken on Google and the website would supply defamation as his surname. No media house in Ghana can survive one defamation suit. It will be paralyzed. At the time, his targets in his rants were politicians – the only breed that can go to court and insist, with a worn-out worry, about their hard-won reputation.

There were times when my superiors would say, you dare not publish online anything he says on radio or TV while at the same time they worried that as far as the man was on air, the horse of defamation had already bolted.

Those years, viewers and media watchdogs were also concerned that his temper tampered with his choice of words, giving everyone a temperature.

Ken promised very often to calm down. It was a Ballotelli promise. And so, the divorce happened.

Ken is now loved because the people who listen to him have changed. His targets have changed and so the media has changed. Read that paragraph carefully. The only factor that has not changed is Ken Agyapong.

The people who listen to him have generally changed to accept that his truth is more important to us than his temper.

His targets are now fake pastors – a breed not likely to opt for defamation because they are quite sure, that unlike themselves, Ken’s facts are not fake.

And frauds know that if they force a trial, they will wake up four walls of a prison. Well, for fake pastors, they also have a general penchant to settle scores spiritually than before a judge wearing a fake wig anyway.

And so the conditions are perfect for the media– unleash the dragon – Ken.

These two changes mean the media feels a lot safer to engage the man because even his insults are now deservingly credible. In Ghana’s media, passion is ratings. Only that Ken’s passion destroys the rating scale.

And so when we scream at the so-called hypocritical u-turn of the media, it only means we have not answered the question why. For in the answer, we will not find hypocrisy.

One of the great problems we face in this country is our penchant for binaries. In most controversies, everything is black or white and somebody is good or bad.

And so in this matter, the media is bad for how it treated Ken in the past and Ken is good for how he is treating fake pastors and everybody else now.

Our binaries are our bane – a great one. Gary Al-Smith, a journalist sold out to sports, comes out to confirm he has coronavirus and we applauded a bravery which a Health Minister had – only that it was in opposite quantities. He was a frontliner who ran away from the frontline because, we now know, he was going to draw a new frontline from the back.

For Gary, we generally sent our sympathies and lauded his forthrightness.

But it is when he started writing about the poor treatment of frontline workers that some people, previously well-wishing, now think he doesn’t have coronavirus at all. He has an agenda. He is not sick but rather he has a sickle – against the government.

Even worse, we have no idea how soon these sick binary thinkers would get well.

This is the great bane of our binaries.

Of course, God created the sun and the moon, light and darkness, day and night. But He also created the rainbow so we all don’t walk about thinking everything is black or white.

Kwasi Adu writes: The Truth, According To Flt. Lt. Rawlings

Open letter to Akufo-Addo requesting shut down of schools