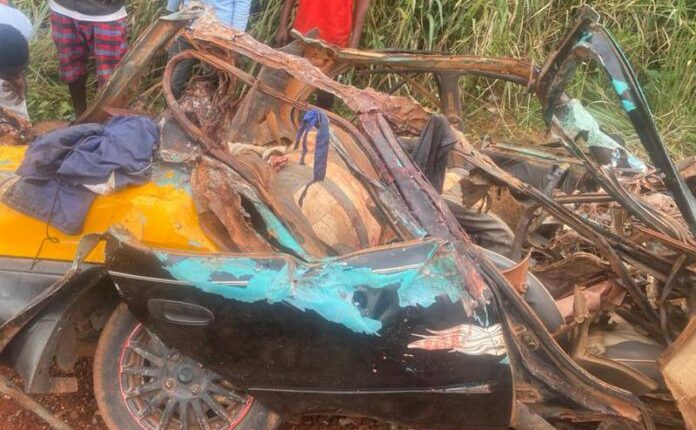 Eight persons have died in an accident on the Kukuom-Kwapong road in the Asunafo South District of the Ahafo Region.

The unfortunate accident is said to have happened when a Taxi cab with registration number GT 7008 – X collided with a Diesel tipper truck.

All seven persons, including the driver on board the taxi heading from Kwapong to Kukuom, died on the spot.

The tipper truck driver, however, is still on admission.

Firefighters, who were on their way to rescue the accident victims also crashed into a KIA truck parked on the road and landed on its side.

However, none of the firefighters died except for minor injuries sustained. They were rushed to the Goaso Municipal Government Hospital.

Although investigations are still ongoing, DSP Gaisie attributed the accident to over-speeding and failure to abide by traffic regulations.

“The road was recently graveled and therefore drivers plying the road speed a lot. When you look at where the accident happened, you realise it was a curve. The taxi which was coming from the other side entered the lane of the tipper truck, which caused the unfortunate accident,” he indicated.