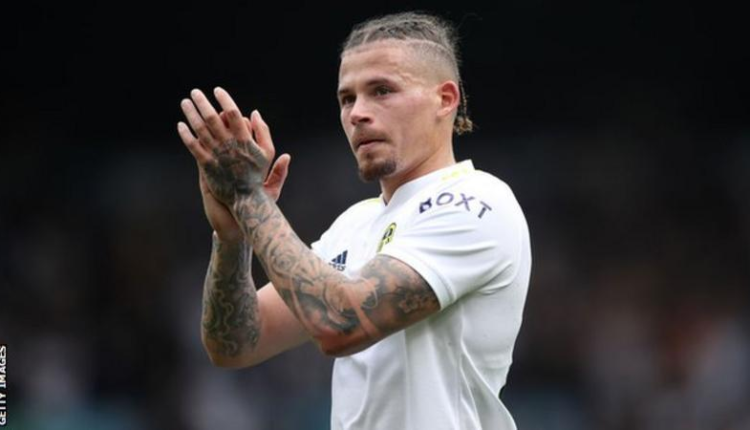 The 26-year-old England international has signed a six-year deal with the Premier League champions.

“I am absolutely delighted to have joined Manchester City. City have again proved to be the best team in the country,” Phillips said.

Phillips, who made 235 appearances over eight seasons at Elland Road, still had two years left on his Leeds deal.

He said City have “an amazing squad and a manager in Pep Guardiola who is rightly considered to be the finest in the world”.

He added: “To be able to play under Pep and learn from him and his coaching staff as well as be part of such a fantastic squad is a prospect that I am incredibly excited about.”

Phillips made his international debut in September 2020 and was named England men’s Player of the Year for 2020-21, having played every game at the delayed Euro 2020 tournament.

A key player under former boss Marcelo Bielsa, Phillips played 37 times in the Championship during the 2019-20 season when Leeds were promoted to the Premier League after 16 years away.

He spent a lengthy period on the sidelines last season due to a hamstring injury, making just 20 league appearances.

City’s director of football Txiki Begiristain added: “His reading of the game, alongside his passing ability, energy and drive make him a formidable talent and he is a player who has a fantastic will to win.

“We feel he will be a superb addition to our squad and that he will complement our game perfectly.”

Phillips wrote an open letter to Leeds and its fans after his departure was confirmed, giving particular praise to ex-boss Bielsa.

“I cannot mention Leeds without mentioning one special person – Marcelo,” Phillips wrote. “The best manager I have ever come across. He is the man that gave the club life, he gave the players and everyone involved in the club the belief we were good enough to return to the Premier League after 16 years.

“Not only did you give the club everything but you also gave me everything I needed to become the person I am today on and off the field.”

He also hailed new manager Jesse Marsch as an “unbelievable” boss and an “even better person”.

Phillips added he hoped fans understood his decision to leave in order to “chase his dreams”, saying: “As a young kid I had so many dreams and still do… but playing for you was the one I will never forget”.