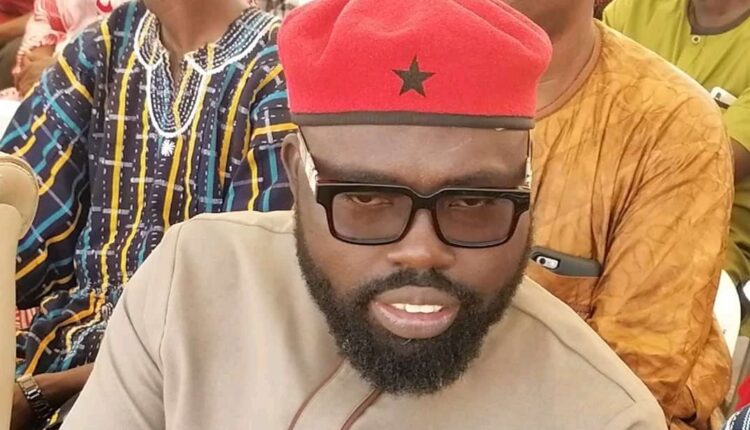 The Deputy General Secretary of the National Democratic Congress (NDC), Peter Otokunor, believes there is a need for his party as well as other stakeholders in national politics to usher in a change.

Otokunor was speaking at the start of the NDC’s March For Justice demonstration on the morning of July 6.

He was in the company of other leading members of the party including National Youth Organiser, George Opare-Addo, Member of Parliament (MP) for Ningo-Prampram, Sam Nartey George and former Energy Minister, John Jinapor.

According to the deputy general secretary of the biggest opposition party, the government of President Nana Akufo-Addo has overseen insecurity that threatens the stability of the country.

He continued along that tangent, arguing that the government appears not to be interested in the welfare of the country’s citizens. For this fact, the government needs to be awakened by “a revolution”.

“[W]e think that it is time for us to rise again, perhaps in another revolution against this government to change the course that this country is going. Because if we leave the country to continue on this path, this path of state-organised aggression…we may not have a country again,” he argued.

Owing to Ghana’s historical challenges with regards to overthrowing of governments, Otokunor was asked by an interviewer to clarify what he meant by a revolution.

The March for Justice was advertised by the NDC as a protest against what the party perceives as an extreme situation of insecurity in view of armed robberies as well as in the wake of the Ejura killings.

The NDC was given assurance by the police over the weekend that the service will be at the demonstration to provide security. This was after the party had been told that COVID-19 restrictions would make it impossible for the mass gathering.

Some in the general public have drawn allusions between the NDC’s demonstration and the struggles of the organisers of the Fix The Country to convince the police to acquiesce to giving security for their own demonstration.

Meanwhile, the Economic Fighters League (EFL), one of the major proponents of the Fix The Country movement, turned down an invitation to join the NDC’s protest.

The EFL’s Fighter-In-Chief, Hardi Yakubu, described the NDC as a part of the establishment that perpetuates injustice against Ghanaians.