A pregnant woman, her two children and her husband have been burnt to death after fire razed their home at Manso Aponoapon in the Amansie South District of the Ashanti Region.

The inferno occurred on Saturday, April 10, at about 12 pm when the family was asleep in their room.

The four were burnt beyond recognition as fire swept through their apartment, which housed eight people. 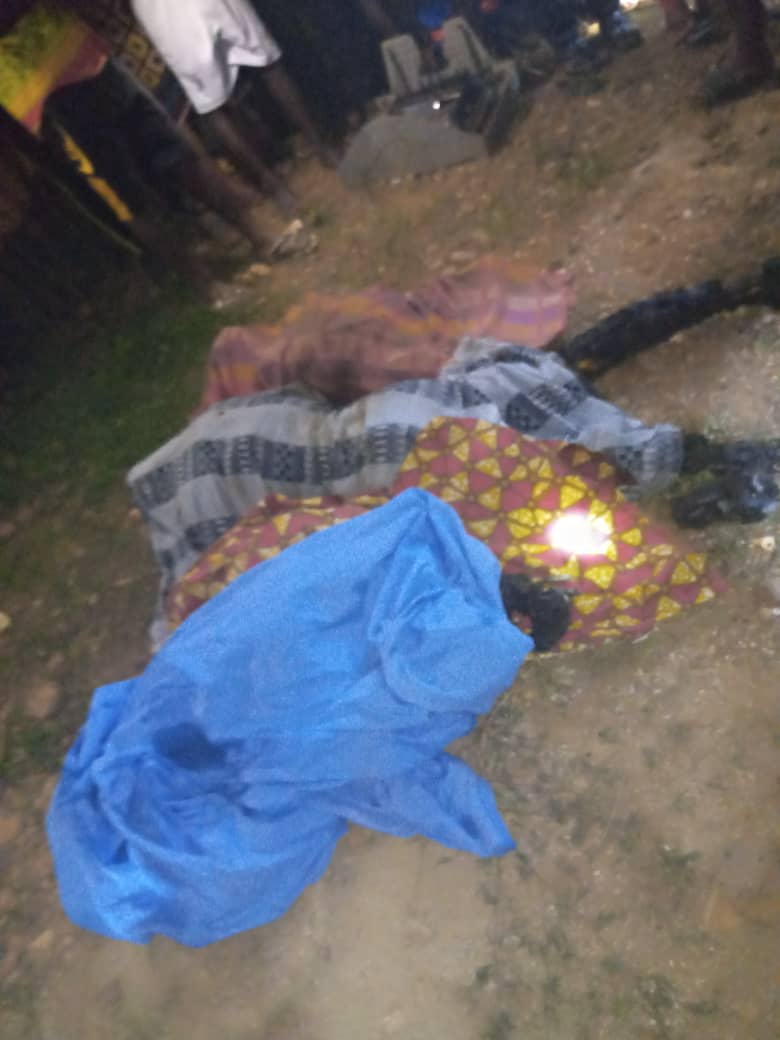 The woman has been identified as Esther Kobina, 32; and her husband is Kofi Owusu, 48.

The children are nine-year-old Sandra Owusu and five-year-old Kojo Awuah.

Director of the National Disaster Management Organisation (NADMO) for Amansie South, Mr Edward Oduro Nsiah, told theghanareport.com on Sunday, April 11, that the fire destroyed everything in the house.

An electrical fault has been cited as the cause, but a definite conclusion could be reached after investigations by the Ghana National Fire Service (GNFS).

He said the persons who escaped are receiving treatment at the St. Martins Hospital at Agroyesum.

The charred bodies of the deceased persons have also been deposited at the same health facility.

Atleast four fire outbreaks have been recorded in the region this year.

There was a fire incident at Suame Magazine, where an outbreak was reported at about 7 am on Tuesday, January 12, 2020.

A huge smoke was seen billowing from storage warehouses when workers reported at the automobile and mechanical engineering enclave.

Two fire tenders had to be dispatched to the scene as firefighters battled to quell the inferno from the two storey-structure secured by metal gates.

Several items were destroyed, including mechanical equipment which was kept at the warehouse.

Just a day before, scores of wooden structures were gutted at the Dagomba Line slum which provides shelter for head porters, petty traders, scrap dealers and some homeless people.

The cause of the fire was not known, but some shop owners suspected an electric welder who was carrying out repair works in one of the metal containers in the area.

University Relations Officer (URO) of KNUST, Dr Daniel Norris Bekoe told theghanareport.com there were no fatalities contrary to reports by some people on social media.