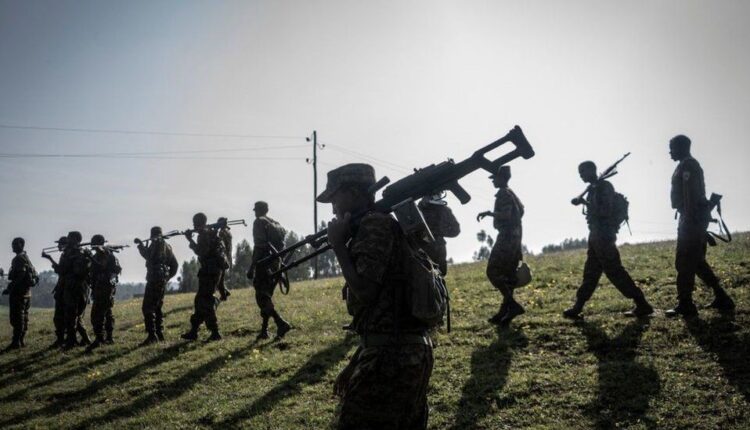 The Ethiopian army has launched coordinated attacks on all fronts against forces from the northern Tigray region, the rebels say.

They said the government was using artillery, tanks, jets and drones in an attempt to “reinvade” the region.

The Ethiopian government has not confirmed any fighting and a communications blackout makes independent verification impossible.

Asked if a ground offensive had been launched, Ethiopian Prime Minister Abiy Ahmed’s spokeswoman Billene Seyoum said the government had a responsibility to protect its citizens across the country from acts of terrorism but did not give any further details.

The 11 month-conflict has caused a humanitarian crisis, with the United Nations warning that about 400,000 people were living in famine-like conditions in Tigray in July.

Another two million people have been forced to flee their homes.

The Ethiopian army took control of most of Tigray in November 2020, after TPLF forces seized a military base.

In June 2021 the rebels recaptured Tigray in a surprise attack, and then moved into parts of neighbouring regions like Amhara.

The Tigray forces’ statement says “hundreds of thousands of regular and irregular fighters” have been fielded in the current assault.

The TPLF, which used to dominate Ethiopia’s government, fell out with Mr Abiy over a series of reforms he introduced since he became prime minister in 2018.

The government has since designated the TPLF group a terrorist organisation – a label which it rejects, saying it is the legitimate government of Tigray.