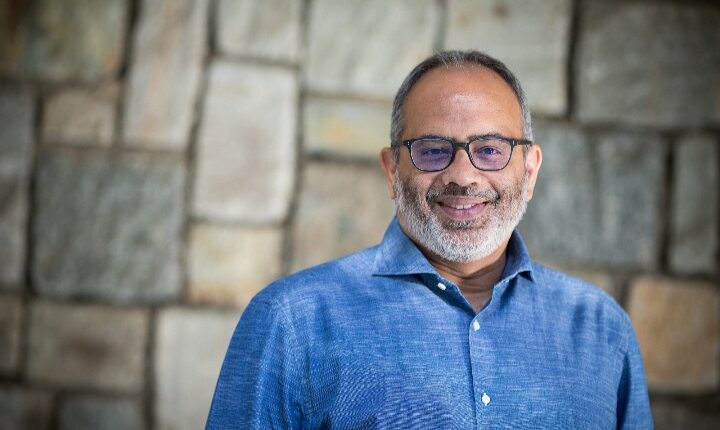 The EU is proposing a Carbon Border Adjustment Mechanism as a climate measure that is expected to discourage the importation of goods produced through carbon intensive manufacturing methods.

A carbon border adjustment certificate will be issued to importers based on an integrated emission intensity of that product and tax penalties will be applied.

The proposal is part of what the EU calls the European Green Deal, aimed at achieving a 55% reduction in carbon emissions compared to 1990 levels by 2030, and to become climate-neutral by 2050.

The Carbon Border Adjustment Mechanism could take effect as early as 2026.

But discussing the implications on the first episode of the African Climate Foundation’s (ACF) Podcast Series titled Africa’s Voices: Messages for the COP, Prof. Carlos Lopes called it “the most threatening development” in climate change talks as far as African countries are concerned.

He said because Africa is the least contributor to the looming ecological disaster of climate change, it should not suffer the most from international policies and agreements designed to address the problem of climate change.

But this is what the European Green Deal will do to African economies and exporters, he indicated.

The Cape Town University Professor and former Executive Secretary of the United Nations Economic Commission for Africa (UNECA) also pointed out that the EU is Africa’s biggest trading partner with 40% of exports of oil dependent African countries comes from fossil fuel which means that exports from Africa would become costly and therefore unattractive to consumers and discouraging to exporters.

“Those economies such as DR Congo that are mineral rich that have promising opportunities in the future are going to be deeply affected by whatever decision taken by the number one trading partner,” the ACF Advisory Council member said.

Prof. Lopes called the European Green Deal a “new form of protectionism” that gives wealthy nations that can afford to finance green developments an unfair advantage over African countries that cannot afford the huge financial burden of retrofitting their economies green.

As the world convenes for 26th United Nations Conference of Parties on Climate Change (COP26) in Glasgow, Prof. Carlos Lopes re-echoed calls for a fairer system of addressing climate change. “What we really need to enforce is this idea of a just transition,” he said and explained it to mean the “principle of common but differentiated responsibilities.”

“We are in this [climate change] together but we don’t have the same responsibilities” he said, adding that the transition to green economic systems should be “slower” for African countries because they contribute the least to climate change and have “incredible” economic needs.”

He said it is unfair that wealthy countries that have benefitted from carbon-intensive consumption patterns of development that made them rich are now telling African countries not to use this same path and want to make it punitive for Africans to emit greenhouse gases as they try to meet economic needs.

“The countries that have the biggest sums of money available, that have the largest financing, that have benefited all this time from having a consumption pattern that is carbon intensive all of a sudden want to move into low carbon intensity and they want others to pay for it,” he decried unfair proposals to address climate change.

“To try to raise a bit if a tax on an African country without addressing this issue is a bit of destruction,” he said

Prof. Carlos Lopes said this is why African countries are going to COP26 with “a lot of trepidation” and mistrust as they have been “lured to accept agreements that are not favouring their lateness in terms of economic transformation.”

Wealthy nations pledged in 2009 to raise $100bn from 2020 to 2025 annually for developing countries to finance their economic transition from carbon emission-intensive development to green technology and sustainable development.

But these targets have not been met. Africans have been “promised monies they never see,” Prof. Carlos Lopes said.

He called on African countries to push for a fair transition around the negotiation table in Glasgow.

“It is clear that fossil fuels have no future but this being said, how we manage the transition is extremely important. How we manage time, technology and finance and this is where the discussions should be,” he said.